Ever wondered how much money in video games and science fiction movies would be worth in our world? Well, thanks to the Intergalactic Exchange Bureau, you can now convert between a number of fictitious currencies. 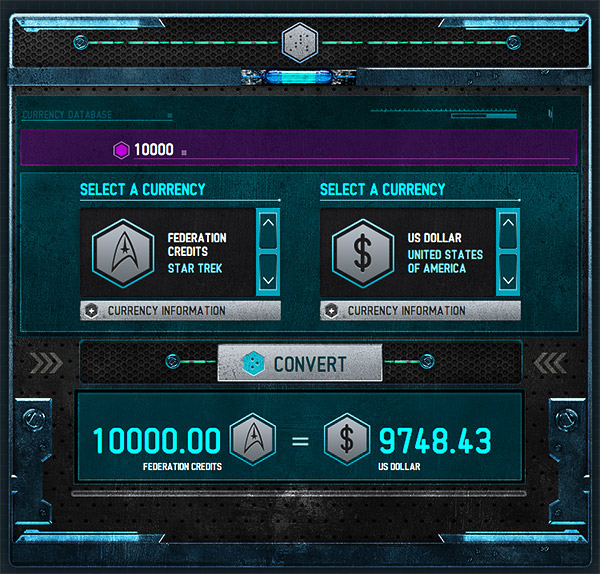 Developed as a promotional stunt by Money in Advance, the Intergalactic Exchange Bureau can convert currencies from Star Wars, Star Trek, Skyrim, Fallout: New Vegas, Harry Potter, A Song of Ice and Fire and a couple of others. Whether you’re paying in Gold dragons, Septims, Creds, or Galactic Credits, you’re covered. Though don’t try and pay in Rupees. They don’t take Rupees.

Of course, they didn’t have actual exchange rates to work from, and they came up with their own estimates based on their independent assessment of the value of objects in the various fictional universes. That said, real-world currency relationships were based on actual market values. Though what the price of frozen concentrated orange juice in New York has to do with the price of lightsabers in the Dagobah system, I don’t know.