We’ve seen a small arcade machine that can be powered by a Raspberry Pi. Master modder Ben Heck decided to make an even tinier version of the tiny computer and put it in a custom case with buttons, turning it into a portable gaming device. 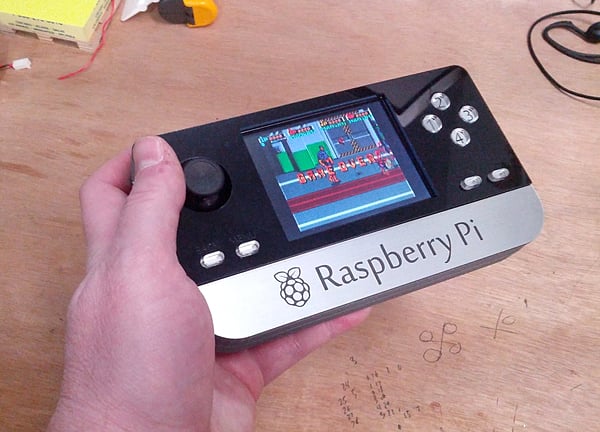 Aside from a Raspberry Pi, Ben Heck also used a 3.5″ LCD screen, a Teensy board, a couple of Li-ion batteries and some buttons from a Logitech gamepad.

Then he 3D printed a case, wired everything together and installed MAME on the Pi. You can skip to around 15:10 in the video below to see it working:

Can we just sit back for a minute and process what we saw? He made a freakin’ gaming device. On his own. This guy. This Ben Heck guy. He is quite the guy. If you have the same godly capabilities, head to Thingiverse to get the files you need to 3D print the case.