The TARDIS Is Going to Space… For Real.

Doctor Who has become sort of like an icon among his many fans, with the show inspiring a whole range of products and mods, like the Doctor Who wall clock, Dalek planter, and TARDIS bunk bed.

A Kickstarter campaign inspired by the show was recently successfully funded, but it’s not for another Doctor Who-themed product. Instead, it’s a campaign that will be sending a real-life TARDIS into space – as cargo on a commercial satellite launch. 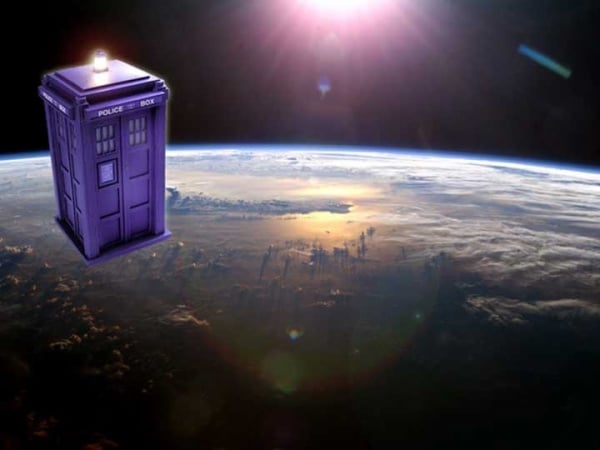 The 50th anniversary of Doctor Who is coming up (it’s on November 23rd) and what better way to commemorate the event than by sending the Doctor’s space and time machine into orbit?

The miniature TARDIS satellite has already been built and it’s equipped with a GoPro Hero 3 which will be recharged by solar panels (hidden in the police booth windows) that have been set up to provide it with power indefinitely. The team behind the launch hopes to get some nice photos of Earth from orbit, and they’re offering data space on the TARDIS as rewards for the backers of the campaign.

It’s about time someone made this happen! Now they just need to figure out how to get it to work as a time machine.