Radio-controlled Superman Spotted in the Skies of San Diego

Look. Up in the sky. It’s a bird! It’s a plane. It’s… Superman, with a gaping hole in his chest. This radio-controlled Superman was recently spotted flying the skies of San Diego. General Zod was nowhere to be seen. 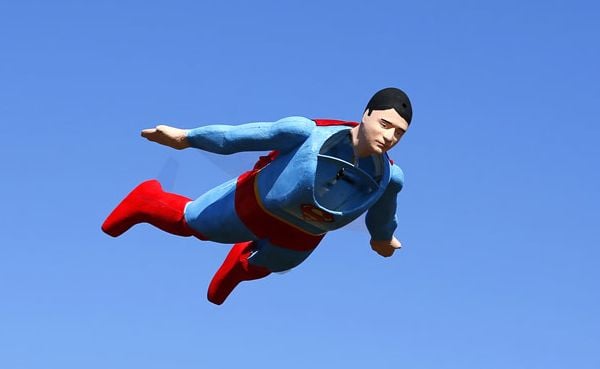 This radio-controlled Superman plane was developed by engineer Otto Dieffenbach. Obviously Otto is a superhero fan who loves to create. He and his business partner Ed Hanley run a small startup company that develops R/C planes that look like people. In this case, the Man of Steel himself. Mostly they are comic characters for commercial promotion. They have also made a flying Iron Man and a winged lady named Ms. Emerson as shown in this video clip: