So you’re doing your groceries or are out for a run, when you suddenly get a call – and then your phone dies because it’s out of power. What’s a desperate person supposed to do at that point, especially when the call is an important one?

Consider yourself lucky if you’re in New York, though, since you could probably just set off for the nearest Street Charging station to give your phone some much-needed power. 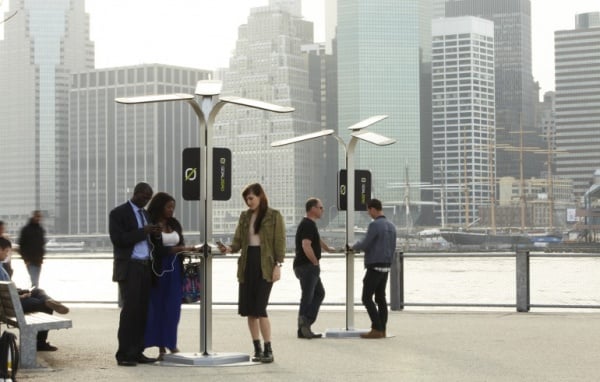 These solar-powered charging stations are thanks to the collaboration between AT&T, portable solar power systems developer Goal Zero, and Brooklyn design studio Pensa. The Street Charge stations were rolled out in various areas of New York.

Each station has PV panels installed on top and an internal battery that stores power gathered from the sun. Just plug your phone in and wait a few minutes to give your phone enough power to make that call or to charge it up because you have nothing better to do but stand and enjoy a sunny day. And also because you want to knock a couple of bucks off of your electric bill. 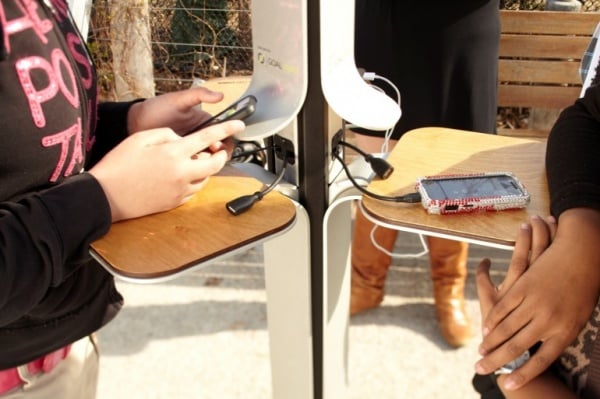 The concept for the Street Charge charging stations were done in early 2012 by Pensa. Marco Perry, one of the members of the studio’s team, described it as “an elegant all-in-one community solution for solar charging of mobile devices.”

From the looks of it, we agree.