Roboray is the latest humanoid robot created by Samsung’s Advanced Institute of Technology. Using visual recognition software developed by a team University of Bristol, the ‘bot can now build real-time, 3D visual maps of its environment. It basically looks at its surroundings and creates a map of them as it moves. This also allows it to remember where it has been before. 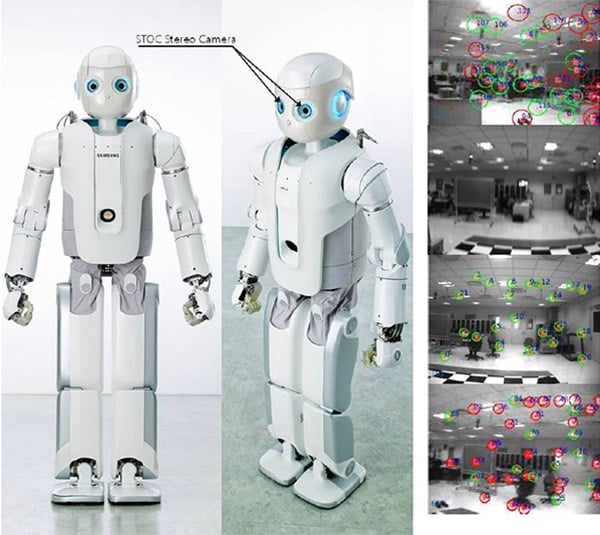 Roboray also walks like a real person. Where most humanoid robots walk by bending their knees to keep their center of mass constant, Roboray falls a little bit with each step, which is how we walk.

Between mapping it’s own environment and walking just like us, it won’t be long before robots are walking among us on the streets. After that they will easily disguise themselves as humans and really give us a reason to be scared.