Doctor Who Monopoly Tokens. What? No Bow Tie?

A Timelord game of Monopoly is all over the place. When you can travel to properties throughout time and space, the game can get pretty confusing figuring out who bought what, in what time period. It’s frustrating. This is why they no longer play the game. 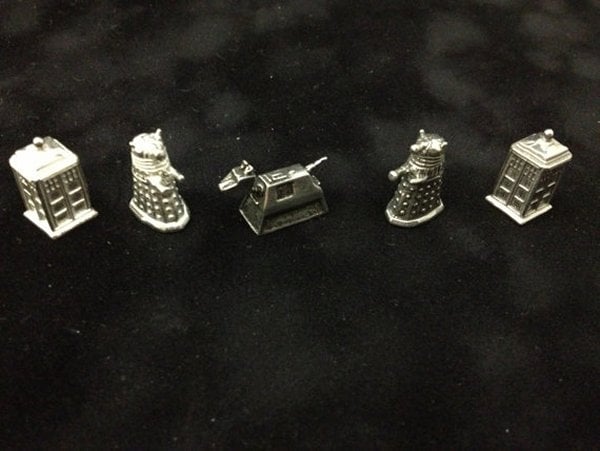 But they use some pretty cool tokens. Like these from Etsy seller Donald James, who made these Doctor Who Monopoly player tokens, hand-casting them from pewter. Whip these out during your next game of Monopoly and watch everyone drool. If you don’t like Doctor Who, Donald also makes Iron Man, Transformers and Portal tokens.

For only $10(USD) you get your choice of a TARDIS, K-9 or a Dalek. He needs to make more of these. We need to have a bow-tie and a Cyberman. How about a Sonic Screwdriver at least? I know, I’m never satisfied.