Patrick Priebe is no stranger to laser–based prop weapons, and Wicked Lasers is no stranger to borderline illegal lasers. Put the two together and this is what you get: a minigun replica that fires lasers instead of bullets. It has a laser sight too. 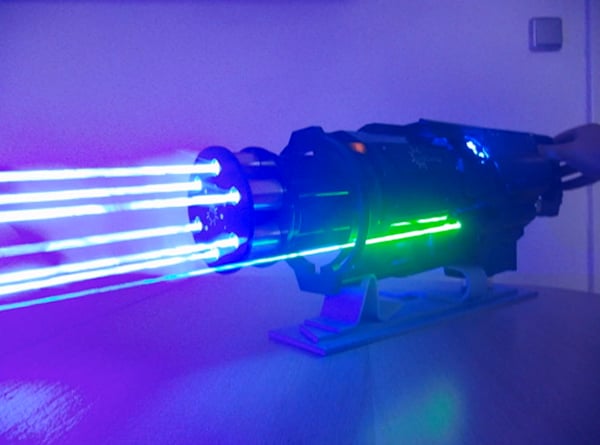 Patrick is still working on the final prop; the one in the video below is just a prototype. The gun has six Spyder 3 Arctic lasers and one Spyder 3 Krypton laser. From what I saw in the video, the gun has an electric motor and a knob that can be used to adjust the barrel’s rotation speed. The Arctic lasers all fire at once though. Might as well call it the Eyebliterator.

He is Priebe Weapons Guy, and this is his new weapon.