I don’t care much for people who wear fur because I think there are many different and much more humane ways to keep warm when the weather’s being particularly unforgiving.

I have no such objections to this ‘fur’ coat commissioned by dairy company Arla, because the ‘fur’ part actually stops at its name. Though I still can’t endorse this coat for other reasons. 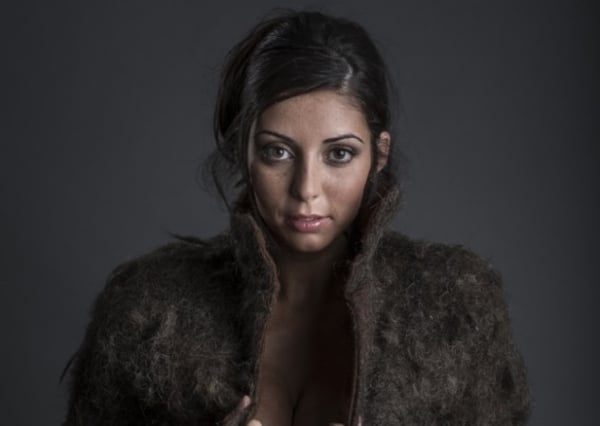 Instead of animal pelts, these coats are actually made from men’s chest hairs. Yes. Men’s. Chest. Hairs.

It doesn’t look that bad at first glance, but the more I think about it, the more queasy I get. You’ve got to hand it to the models who kept their breakfasts and lunches in their stomachs as they posed in the too-hairy coat. 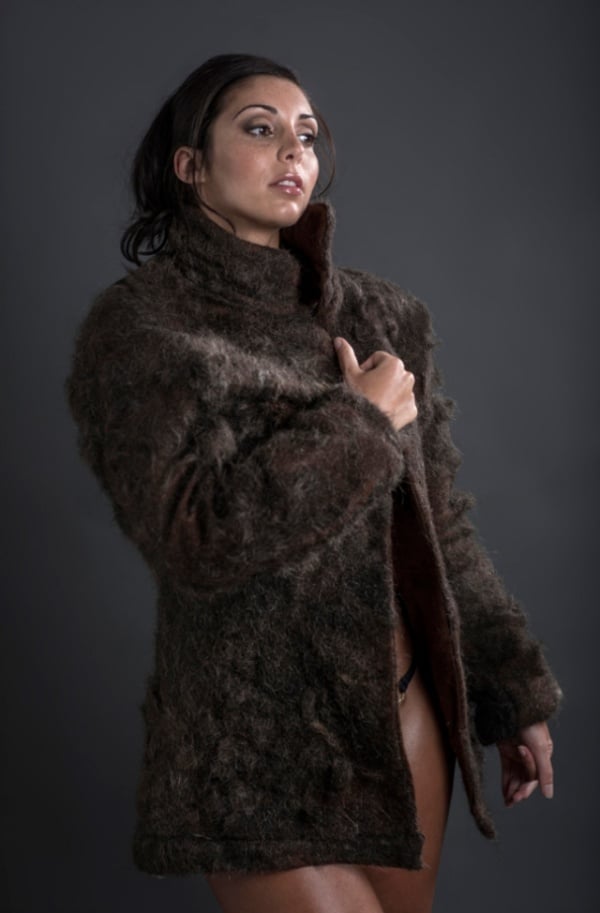 So why would a dairy company commission a coat made from chest hair? Well, Arla’s using it as part of their advertising campaign for a new milk product that was made for men.

The product is described as a “chocolate milk drink with added protein directed at men in their 30s and 40s.” 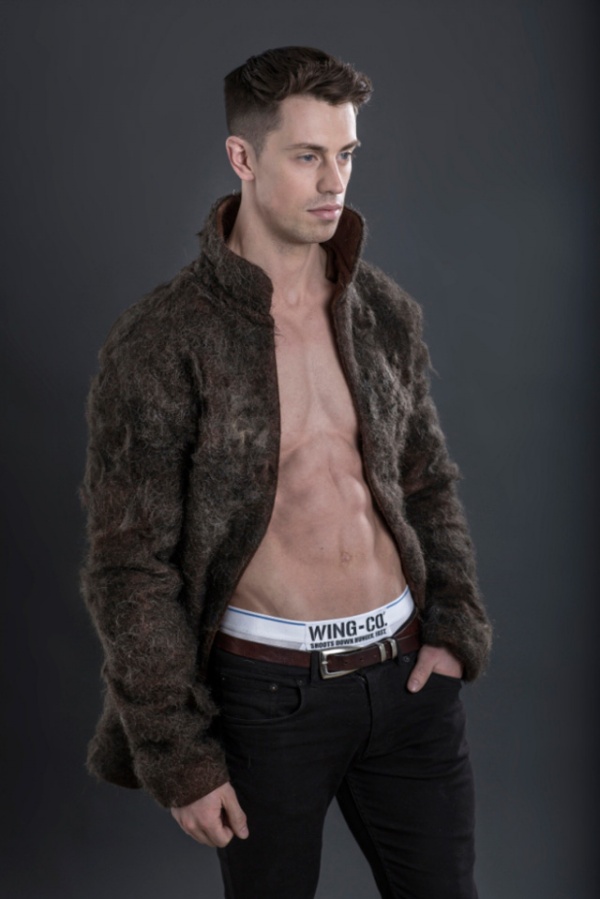 I don’t know what hair has to do with milk (does milk help men grow thicker and fuller chests of hair?), but a lot of work definitely went into the making of the coats, which reportedly took over 200 hours.

I can’t say much about the milk drink, although I can say that the coat has generated a lot of buzz for Arla.

[METRO via The World’s Best Ever via Laughing Squid]