A lot of gamers have been begging Nintendo and developer Game Freak for a 3D, open world and real-time version of the money-printing Pokémon series. The upcoming Pokémon X/Y might meet the first two requests, but not the last one. Maybe Game Freak should check out this fan game called Pokémon Generations. 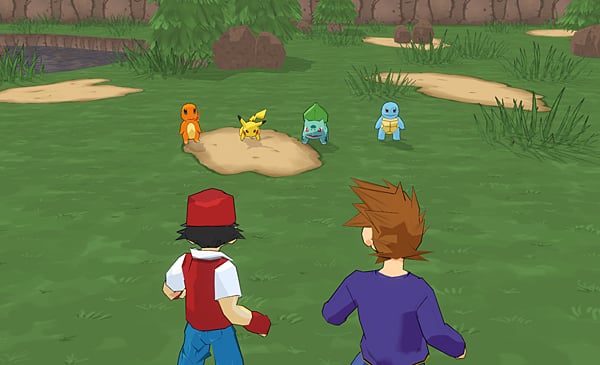 Currently being developed by IndieDB member Xatoku, Pokémon Generations is, er, it’s Ni No Kuni. But with Pokémon. I know that sounds blasphemous, but I think that’s the best way to describe it. Here’s the launch trailer for its latest version:

See what I mean by my Ni No Kuni comparison? In Pokémon Generations, movement and timing become key components in battles. You don’t just select an attack and watch its animation play out. It looks like the battles will have environmental components as well. But don’t get too excited yet. The game is pretty much in pre-alpha state, as you’ll see in this in-depth video by YouTuber MunchingOrange:

If you still want to try it out, you can download the launcher on IndieDB. I stopped being a Pokémon fan years ago, but I still wish Xatoku can finish the game so we can finally appreciate the hilarious size discrepancies between pokémon.