We’ve seen some fun Star Wars dresses, but this is one of my favorite yet. It looks so awesome because it is made from vintage Star Wars bedsheets. That material makes this dress authentically vintage, while being a totally fashionable dress you could wear out on the town. 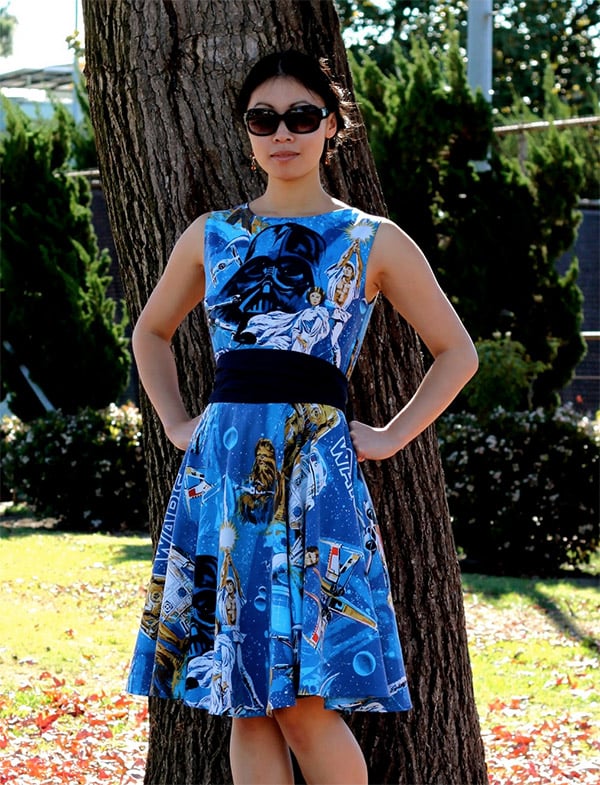 When Cindy of Cation Designs acquired some original Star Wars: A New Hope sheets from a friend, she just had to make a neat dress from it. For some reason Cindy is pretty critical of it on her blog, but I think it looks great. 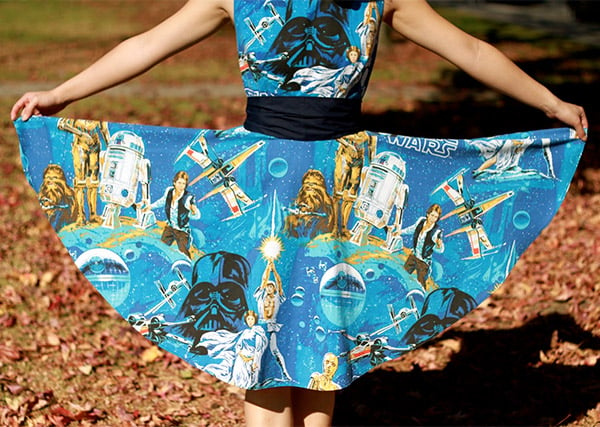 She has some other geeky dresses on her site as well if you aren’t into Star Wars. The woman is does amazing stuff with bedsheets. No, I didn’t mean… She makes a really nice dress, that’s all.