SpaceX Grasshopper Reusable Rocket Knows How to Park in Reverse

We’ve already invented a (partially) reusable spacecraft. But the rockets that were used to boost NASA’s space shuttles – and other spacecraft in general – were all designed for one-time use only. That makes space travel wasteful and expensive. That’s why the space transport company SpaceX is working on creating reusable rockets. 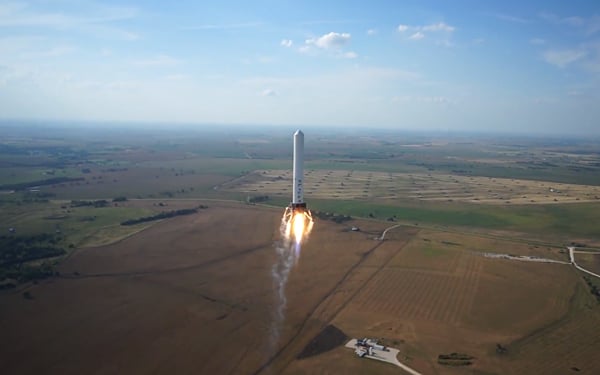 Like other rockets, the SpaceX Grasshopper takes off vertically. But instead of returning to Earth as a thousand molten bits when its work is done, the Grasshopper gracefully lands vertically, like a gymnast with a flaming butt. Have you seen one of those? They’re amazing. The video below shows it rising up to a height of 1,066 ft. before landing smoothly on the same launchpad that it came from. SpaceX claims that, thanks to its advanced navigation sensors, it was “directly controlling the vehicle based on new sensor readings, adding a new level of accuracy in sensing the distance between Grasshopper and the ground, enabling a more precise landing.”

Either that or they just played the first half of the video in reverse. Then again, the geniuses at SpaceX literally specialize in rocket science, so uh, rocket science… isn’t rocket science for them. I think I broke an idiom. Anyway, let’s just believe in them and egg them on so that one day a SpaceX rocket can teach me how to parallel park.