I just recently had a custom arcade cabinet built for my basement. And while it’s totally awesome, mine has a classic arcade style to it. Had I known that having one built to look like an old Soviet MiG fighter jet was an option, though, I might have at least considered it. 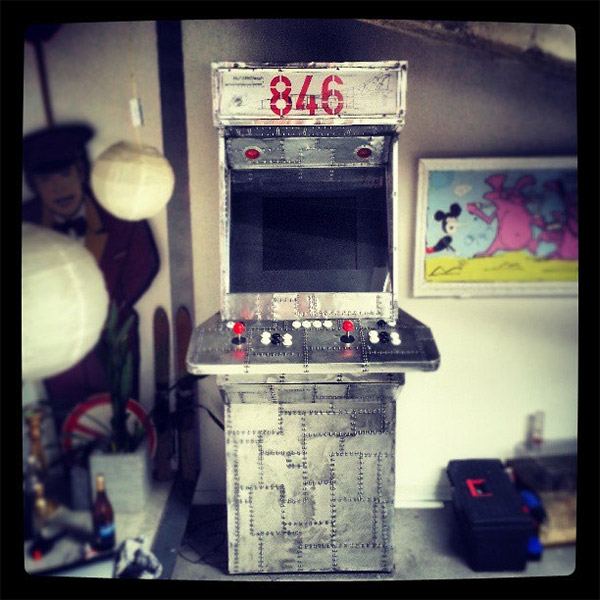 This MiG-23 inspired arcade cabinet was recently made by Radek Michalowski. He was inspired to build it having lived just a few feet away from the gate of the 28th PLM (fighter air regiment) in Redzikowo, Poland. The cabinet is numbered 846 in tribute to the MiG-23 his friend’s father once flew. 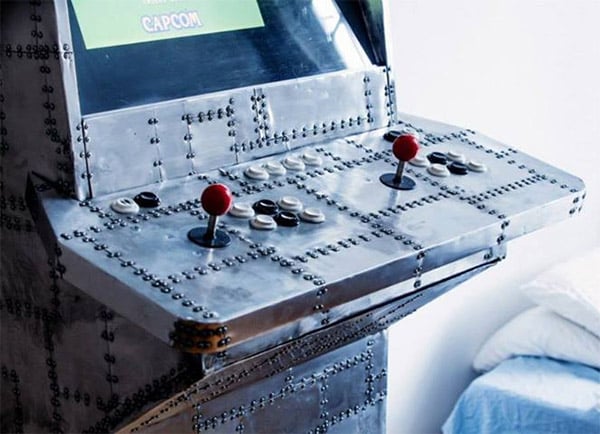 The build is really something special, with a metal and rivet skin reminiscent of old airplanes (or some of the cooler furniture from Restoration Hardware). Radek doesn’t provide any details on the system inside the cabinet, only that it runs MAME – and it’s clear fromt the pictures that it’s got dual arcade sticks and real arcade buttons. Though it might have been even better with a pair of flight sticks. 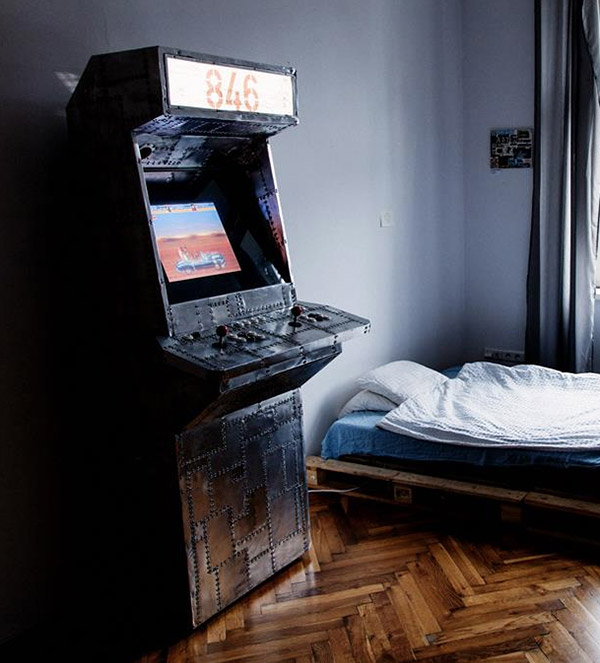