Forget about The Last of Us, Animal Crossing or any other game on your backlog. Robot Vacuum Simulator 2013 is a thing that exists. The game won Best Sequel, Best Simulator and Game of the Year Awards as well as the first ever Best Annual Robot Vacuum Simulation Prize, all given by the distinguished critics of Stolidus Simulations. 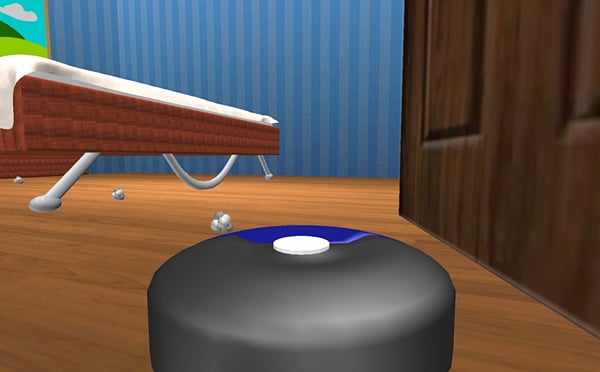 Made by Stolidus Simulations, Robot Vacuum Simulator 2013 puts you in the role of a dutiful robot vacuum. You have to gather dust balls and… frankly I don’t know if there’s anything else to do because the robot takes its time. I’ve only gathered 3 dust balls and I’m already crying in euphoria. There’s a multiplayer mode but I’m afraid I’ll die of joy if I play it.

Download Robot Vacuum Simulator 2013 now or you’re dead to me. It’s free and has both Windows and Mac versions. Get it and experience gaming as it should be. No long CGI intro, no overbearing tutorials, no cheesy story, no in-game ads, no DLC, no Internet connection requirements or any DRM whatsoever. In fact, there’s barely anything in this game.