Predator Cake is One Ugly Mother

If Arnold had encountered this Predator, the movie would have been five minutes of him, Carl Weathers and Jesse “The Body” Ventura stuffing their faces. Did I say Arnold and the gang? I meant me. This Predator cake by Kupkake Tree is incredibly detailed to the point where it looks horrifying – in a good way. 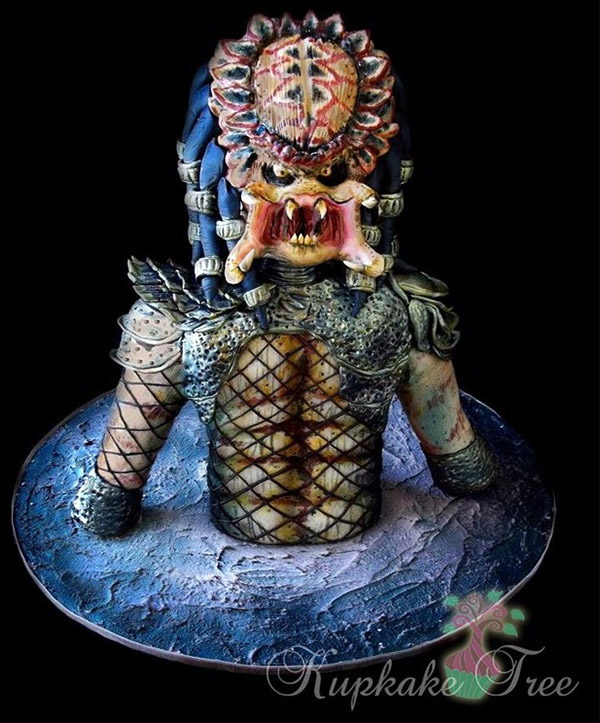 It looks so real that you have to wonder who is going to be eating who. At least it can’t turn all invisible and rip your spine out… I don’t think.

Eat it’s mouth first so it can’t eat you. Just to be safe. I know one thing. I’m now hungry enough that my stomach is making the Predator sound.

[via Between the Pages via Neatorama]