A wild spherical camera appears! Actually it’s not the first of its kind that we’ve seen, but unlike the previous device, Serveball’s Squito is being designed for both professional and recreational use. Forget about Instagram or Vine, the cool kids will want to get ball shots! Yeah! No. 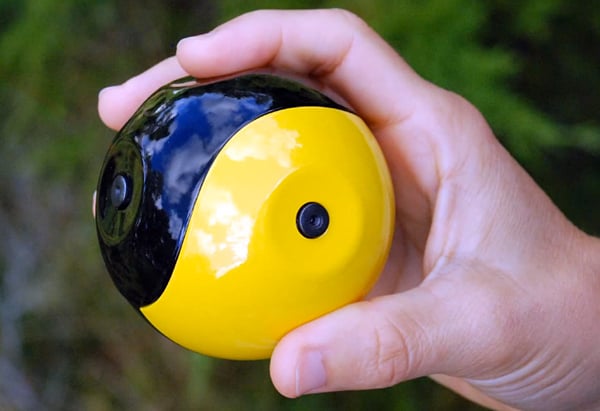 According to Serveball’s press release, the current prototype of Squito has three cameras, an inertial measurement unit, a microcontroller and an image processor. As you’ll see in the video below, the prototype can take 360º panoramic pictures and videos. When taking pictures, the Squito can reorient and stitch the images that its cameras take. When shooting a video, the Squito can stabilize the video, but don’t expect a free falling camera to be as steady as one on a tripod. The Squito will also be able to wirelessly send its pictures and videos to PCs and mobile devices.

The tail end of the video featured a version of the Squito with night vision and thermal imaging capabilities. From what I can tell those features will be on a separate variant of the Squito, which Serveball is calling the Darkball. Fold your browser into a ball and throw it to Serveball’s website for more on its cameras.