Earlier this year we heard about Lernstift, a concept for a pen that helps kids spell and write correctly by vibrating to point out mistakes. The folks behind this promising invention have now launched a fundraiser on Kickstarter. The questions I had when I first saw it remain unanswered though. 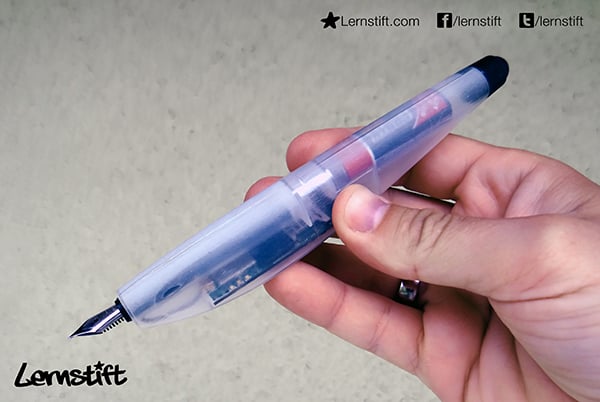 Inventor Falk Wolsky’s idea for the pen remains the same. Its basic functions are still to oversee the user’s spelling and the legibility of his handwriting. When it detects a mistake, it vibrates to alert the user. But with the launch of their fundraiser, Wolsky and his colleagues have revealed more about the hardware inside the pen. Lernstift has a motion sensor, a gyroscope, an accelerometer and a magnetometer. The pen’s processor will use these devices to create a 2D image of the user’s handwriting, which it will then analyze using a handwriting recognition software. 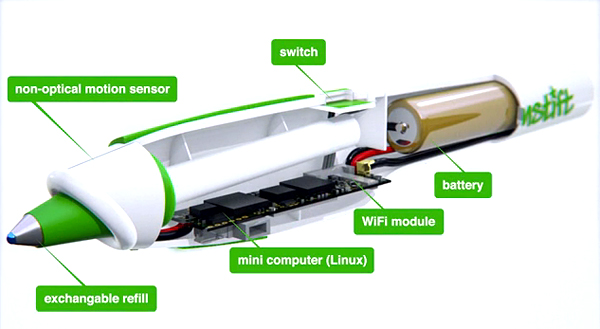 While the team is confident in the pen’s hardware, they’re still working on the best way to process the data that its sensors gather to ensure a quick and accurate response. They’ve also revealed that they’re not working on their own handwriting recognition engine and will instead license one from an established company. That should make it easier for Lernstift to be released and updated to support more languages; the pen will only be able to recognize English and German when it launches, but they supposedly have access to a database of over 40 languages.

Pledge at least £89 (~$135 USD) on Kickstarter to get a Lernstift as a reward. I have to say though, it’s not clear at the moment just how polished or far along they are with the pen. Notice how they didn’t demonstrate even the pen’s basic functions in their pitch video.

As I said in my previous post about the pen, I’m still not sold on its usefulness. It’s still not clear how it will help you find out the right spelling, form or grammar. Yes, it could buzz the moment you make a mistake, but what then? How do you find out what you’re supposed to do? I’m hopeful that Wolsky and his team will answer these questions soon. Also, do kids still use pens?