Use Your Brain to Set Fire to This Brain

This 15 foot-tall steel brain sculpture can be controlled by your brain waves. It is called Mens Amplio (that means “mind expanding” in Latin). The interactive brain and head has been embedded with LEDs in the branching structures that represent neurons. Those are made from clear light-diffusing acrylic. The built-in LEDs show a sequence of light displays, which are controlled by an EEG reader placed on your head. 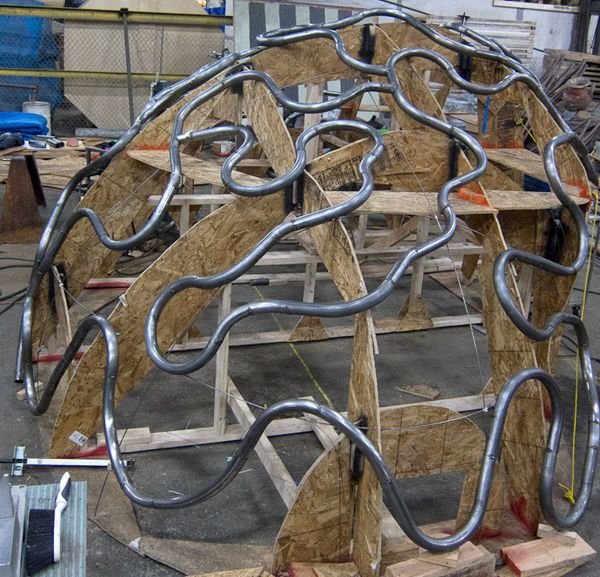 Raspberry Pi and Arduino processors are used to translate your brain waves into light patterns in real time. The huge brain also has flames on the outside, triggered only when the participant can successfully meditate.

It will show up at Burning Man this year, and then they want to take the giant head to schools in California to demonstrate it to kids and get them excited about science. technology and fabrication. The video below shows a 3D rendering of what you the finished sculpture will look like (without the flames.)

The Mens Amplio project is seeking additional funds on Indiegogo, if you want to take part.

[via Boing Boing via Damn Geeky]