It’s been a long train ride and you’re starting to get drowsy. So you lean a bit on the window and take in the scenery flashing by… when you suddenly hear a voice telling you about some new gadget or some recent markdowns.

This newest advertising marvel is aptly called the Talking Window and it was developed by Audiva. 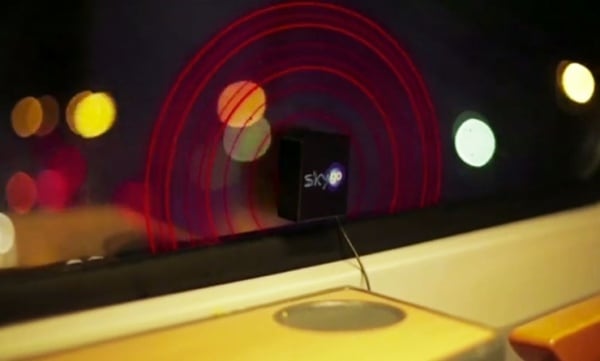 It’s part of an advertising experiment from Germany’s BBDO for Sky Deutschland. The transmitter uses high-frequency vibrations and streams this onto the glass to send out the audio message. The vibrations are then interpreted as sound by the human brain. This technology is called “bone conduction” and is currently being used by deaf people, the military and Google Glass among other things.

The cool thing is that only the people seated next to the window can hear this message. The uncool thing is that it bugs most people who experience it, probably because their nap or rest time is being interrupted by a window that’s churning out ads.

In fact, if you look at the video closely, you’ll notice that the people who heard the messages look confused and somewhat irked. I know I would be.

[via BBC via Dvice]