This isn’t the first time someone hooked something up to Facebook, so that it performed a specific action every time a ‘Like’ or post is recorded on the linked social network account. For example, there’s the Like-a-Hug jacket that gave its wearer a hug every time someone ‘Liked’ his or her post on Facebook.

The B-Day Chair, which is the product of a collaboration between Outback Steakhouse and Brazilian ad agency Lew’Lara\TBWA, functions in a similar manner. 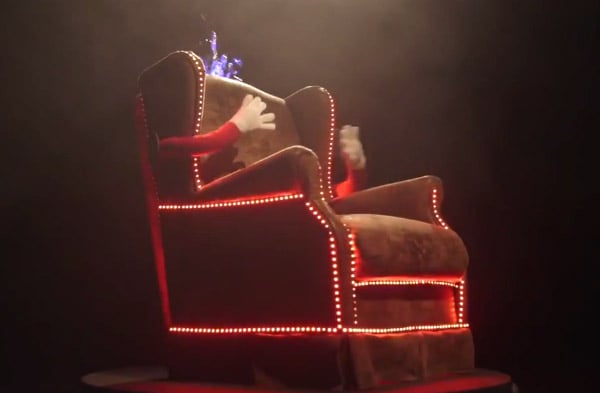 Instead of giving away hugs for every ‘like’ received, the chair hugs (or fondles?) the person seated in it every time someone scrawls a birthday greeting on his or her wall. The birthday celebrant is supposed to sit on the chair and sign in to his or her Facebook account with the attached tablet.

From that point on, you can expect the hugs to come as the birthday greetings roll in.

The tablet takes a picture of the celebrant every time he or she receives a hug, which can be posted on their Facebook timeline to bring about more greetings and hence, more hugs.

[via Walyou via Incredible Things via Geekologie]