There are plenty of apps which let you use your iPad like a piano, but to be honest, playing on a toucscreen is just not the same as using a tactile keyboard. And while Ion has been making a wired iPad piano keyboard for a while,  it’s not exactly the type of thing you’ll throw in your backpack.

Now, there’s a Kickstarter project which hopes to provide a high quality piano keyboard, built into a protective cover. 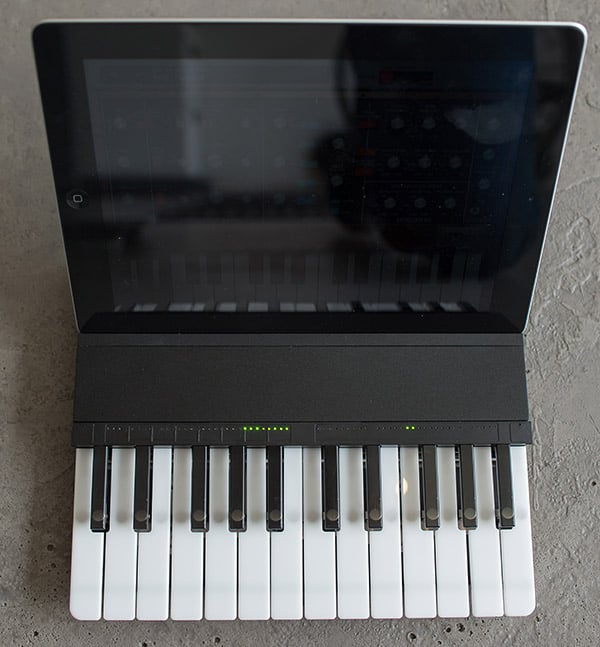 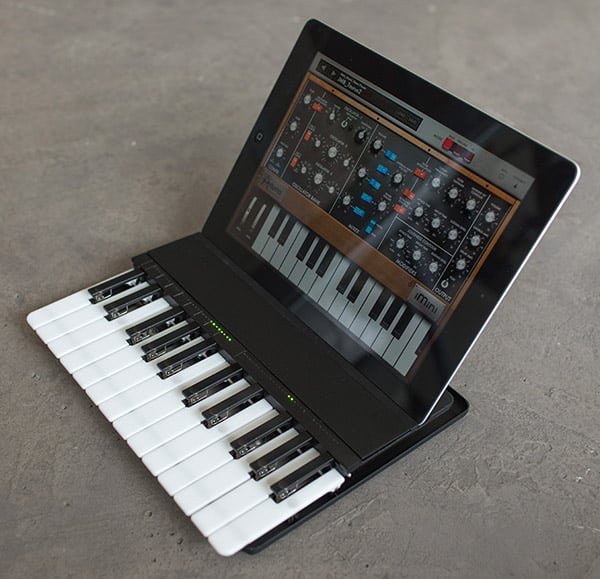 The keys fold neatly into a cover that’s about the same thickness as the iPad itself, and acts as a stand for your iPad when opened up. Anti-polarity magnets give the keys the sense of weight, and infrared emitter/detector pairs capture key presses. The keyboard supports MIDI velocity data and monophonic aftertouch as well. Best of all it’s compatible with any iOS app which supports CoreMIDI, which means you’ll be able to play tunes with many apps out of the box.

There’s also a capacitive ribbon controller along the top edge of the keyboard which allows you to shift between octaves as well as to provide analog expression data for things like pitch bending.

The C.24 also has an expansion bay which will allow for the addition of things like knobs, faders, sliders and other controls, and will be releasing an open standard for creation of these add-ons.

A pledge of $99 (USD) or more will get you in on the first batch of C.24 iPad Keyboards – $50 less than the price that later backers will pay. Delivery is expected to start this November – assuming the project reaches its funding goal by August 8.

This looks like a much more serious bit of hardware than the Ion Piano Apprentice, and well worth a look for traveling electronic musicians.