You know what Doctor Who needs? More corn! A cornocupia of corn. It’s timey-wimey, corny, worny. Forget the Brigadier. We need the Kernel! Ugh! Terrible. That’s it for my corny jokes. 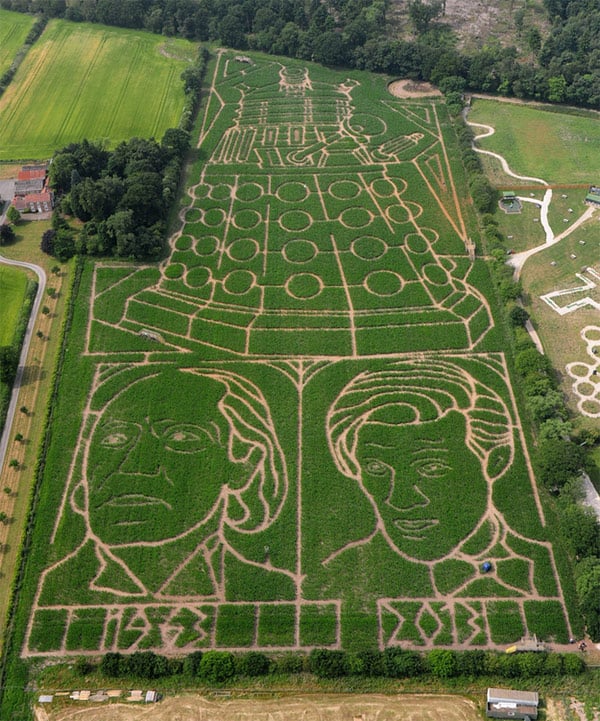 So what’s the deal with this huge Doctor Who crop formation? It’s to celebrate 50 time-traveling years of Doctor Who. The 300+ meter-long maze was made by York Maze and and you may have noticed, it depicts a giant Dalek, along with the first and latest Doctor.

It looks pretty awesome, but I would hate to get lost in this maze of maize – especially if I bumped into these guys… 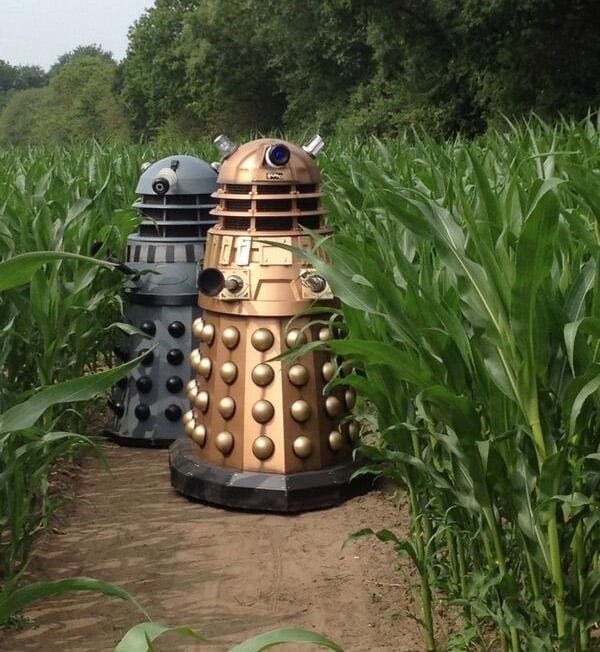 At least we know that aliens didn’t create this one.

[via BuzzFeed and Obvious Winner]