Dragon Quest Slime Hourglass: It’s About Time Somebody Made This

Perhaps one of the most iconic creatures in the history of video games is Dragon Quest’s bulbous, smiley-faced Slime. I always thought he looked like a giant blue Hershey’s Kiss, or one half of an hourglass. The latter has just been made into a thing. 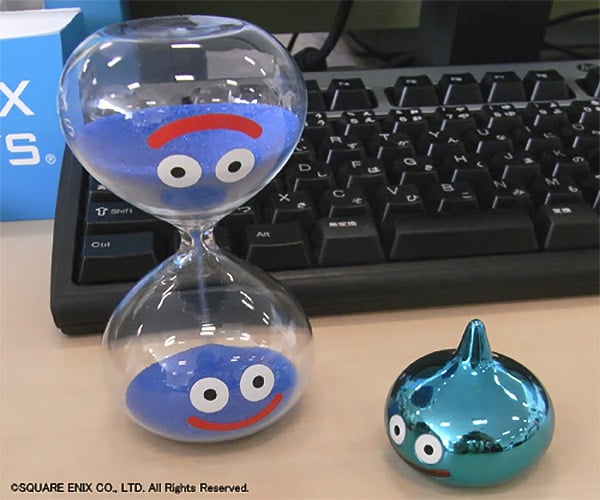 The guys at Square Enix have designed this awesome Slime timer which counts down about three minutes – which is just about right for cooking instant noodles. It measures about 4 inches-tall, and will come in either blue slime/sand or metallic slime/sand. 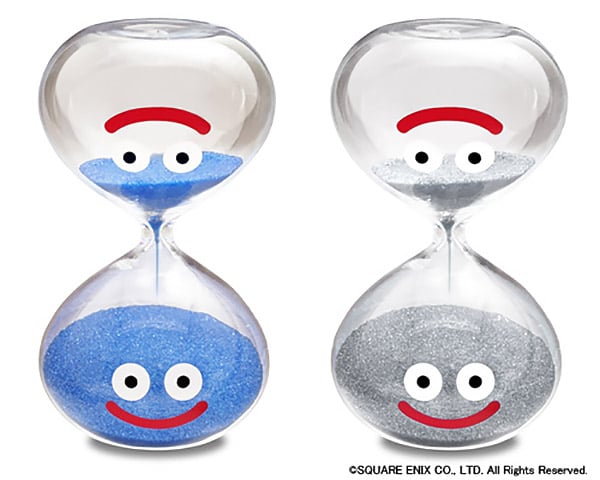 The Slime hourglass sells for ¥2200 (~$22 USD) over at the Square Enix e-STORE, and will ship later this month. Meanwhile, I’m still waiting for Slime candies.