The Bradley Timepiece: A Watch That You Don’t Have to Watch

A company called Eone has come up with one of the most innovative wristwatches you’ll ever see. Unlike other timepieces that display or announce the time, The Bradley allows you to determine the time through touch. It’s a watch that can be used discreetly, but more importantly it’s a watch that blind people can use. 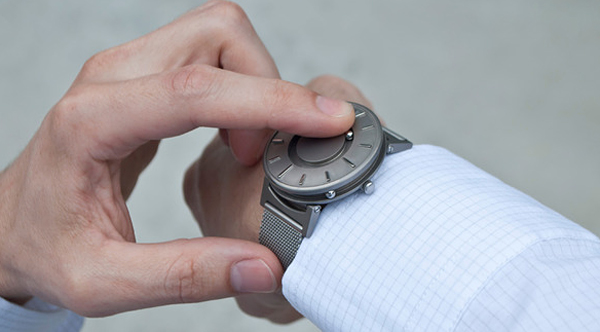 The Bradley has a Swiss quartz movement, but instead of a digital display or hands,it has two ball bearings. The one on its face indicates minutes, while the one embedded on the side indicates the hour. The ball bearings are connected to the movement via magnets. The hour and minute markers are fairly large and textured. In addition, the marker for the 12th hour has a distinct shape. 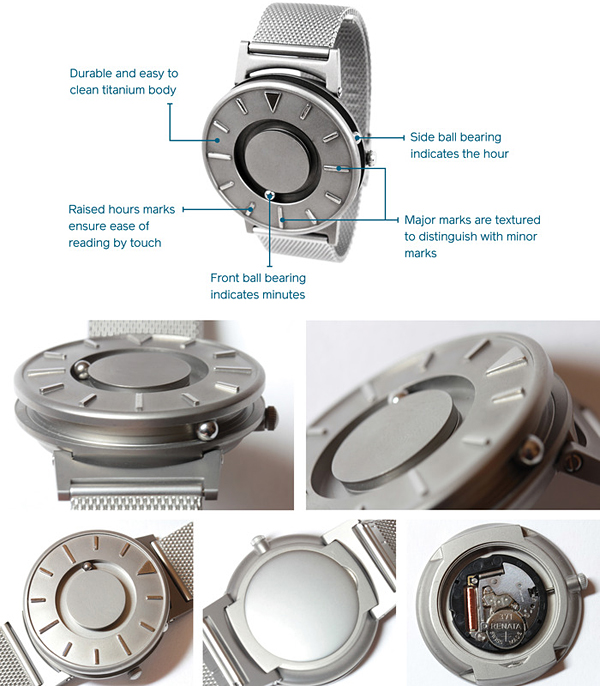 Here’s a demo of The Bradley:

So why is it called The Bradley? The watch was named after Navy Lt. Bradley Snyder, a former bomb diffuser. Bradley lost his eyesight in 2011 when he stepped on an IED in Afghanistan. But with the support of his loved ones, Bradley faced his new life head on. A year after he went blind, he won two gold medals and one silver medal for swimming at the 2012 Paralympics.

Pledge at least $128 (USD) on Kickstarter to receive a Bradley timepiece as a reward.