Windcatcher Lets You Blow up Inflatables in Seconds

I once had a friend who tried to inflate an inflatable raft by blowing into it. It was a dare and it was pretty silly for him to even attempt doing it, but it made all of us laugh anyways.

But if he had something with a built-in Windcatcher at the time, then he probably would’ve won the bet easily. 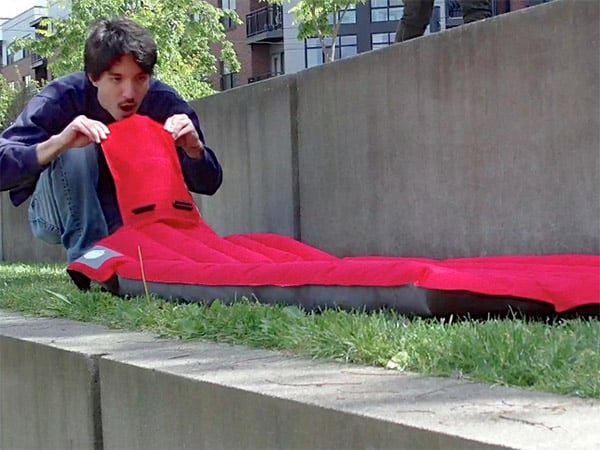 The Windcatcher is an ingenious piece of technology developed by designer Ryan Frayne. Basically, it allows people to inflate objects like air mattresses by blowing into them without the need for an air pump.

So how does it work? The secret to the Windcatcher is the special valve that “amplifies” the volume of air moved into the inflatable object with every breath. So far, it has been incorporated into a prototype air bag and a sleeping mat, which will be made available within the next few months.

You can check out the Windcatcher site for more information and to pre-order the initial Windcatcher sleeping pad for $99(USD).