May the Force Be with Thou: Star Wars Gets Shakespeared

If George Lucas were born in the Elizabethan era along with William Shakespeare, what would Star Wars have been like? I’d like to think the story would have the same characters and elements, although it’d clearly be written in very different prose.

Ian Doescher had similar ideas, and it was those ideas that pushed him to rewrite the script of “A New Hope” in iambic pentameter. 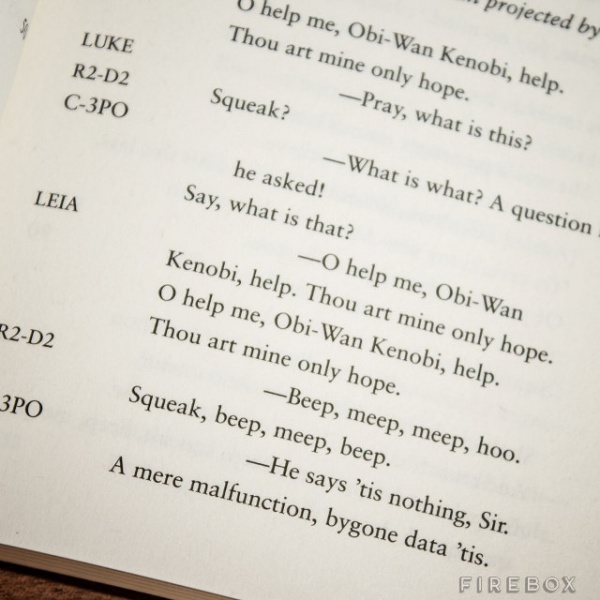 It reads like William Shakespeare’s typical work, although there’s nothing typical about this. It’s especially amusing to read R2-D2’s “beeps” and “meeps” amid all those “thous” and “arts” throughout the script.

Even the Sith Lord himself wasn’t spared, as the cover features Darth Vader decked out in Elizabethan-themed armor. 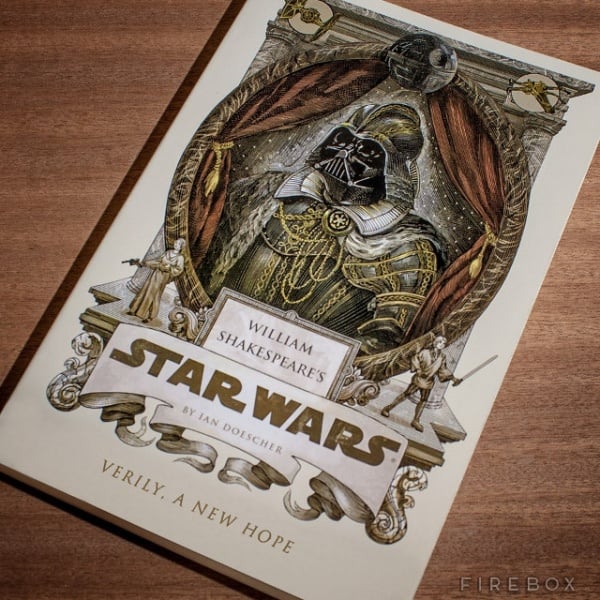 William Shakespeare’s Star Wars is available from ThinkGeek for $14.95(USD) and in the UK from Firebox for £11.99. Check out a 16-page excerpt here (PDF).