WIRED, Stan Winston Studios, Legacy Effects, YouTube, and Conde Nast Entertainment all decided to get together and build something truly epic – a 9-foot, 9-inch-tall robot. Yeah, not my idea of a great idea that will benefit mankind, but it’s not like they asked me. Still, this thing is pretty awesome. Even if it could rip humans limb from limb. 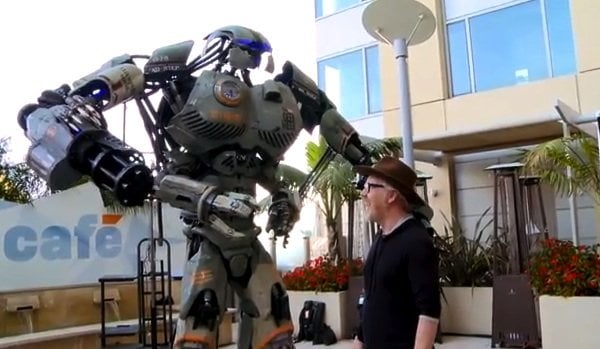 And it has four arms to do the ripping. This was all for the opening day of the 2013 San Diego Comic-Con. They got Adam Savage to help unveil it. It’s pretty freakin’ epic, awesome, amazing, fantastic and scary. Check it out below…

Yeah, it’s actually a dude in a robot suit, but that doesn’t make it any less impressive. You try building a costume that looks this good.

I can easily believe that there were many casualties in the building process, just like the robot says.