AT-AT Groom’s Cake, Attack It with a Snowspeeder Fork

We’ve seen some impressive Star Wars cakes, but this AT-AT takes the proverbial cake. This thing looks amazing and the details are super nice – so nice that it doesn’t even look like a cake. It was made by Cake Central member ChrisTheCook for a friend’s wedding and it stands at over two feet-tall. 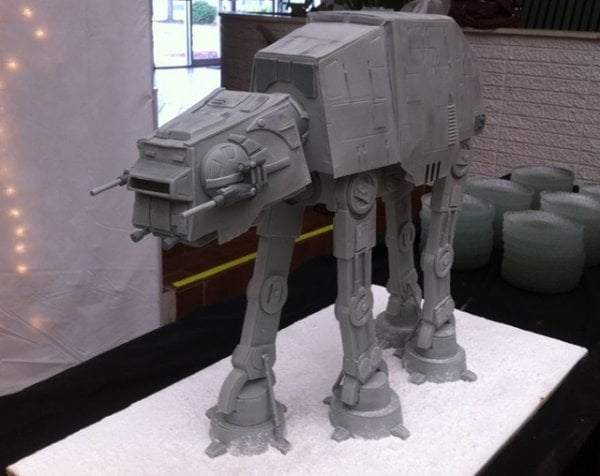 If the Imperial March isn’t playing in your head at the sight of this cake, I will need to revoke your geek credentials and lock you up in a dark cell without the internet. With a very talkative Jar Jar! 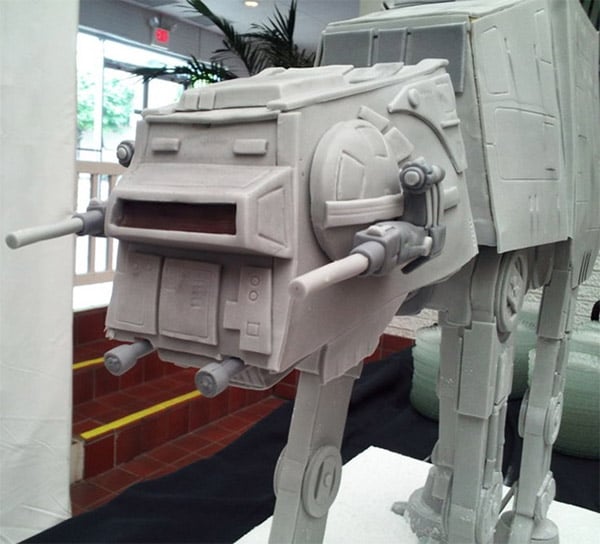 The cake board is covered in snow to look like Hoth of course, though there’s no signs of any edible snowspeeders or tauntaun. 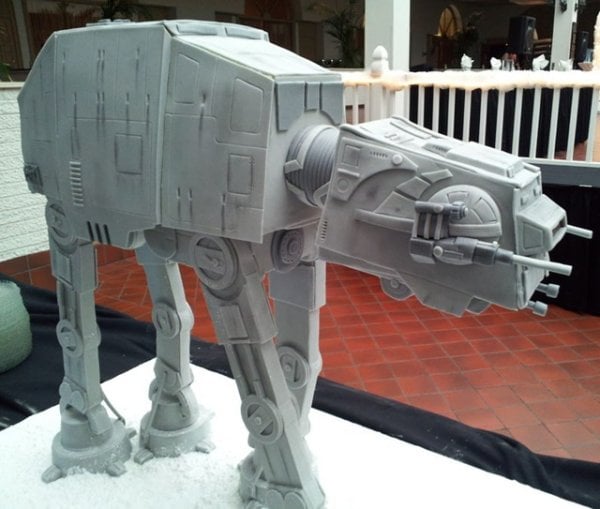