40 Foot Dragon Skull Shows up on a Beach

This is what it would look like if dragons actually existed and we uncovered their bones. This 40 foot dragon skull is amazing and scary. I would hate to run into this thing on the beach. As if by magic, this massive dragon skull appeared on Charmouth Beach in Dorset, England. 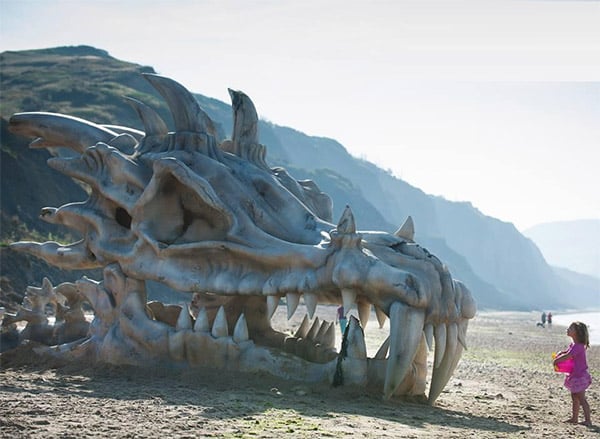 It’s part of a promotion for HBO’s Game of Thrones, since Blinkbox now has Season Three of the series available for streaming. This was a great way to announce it as well as scare beachgoers. 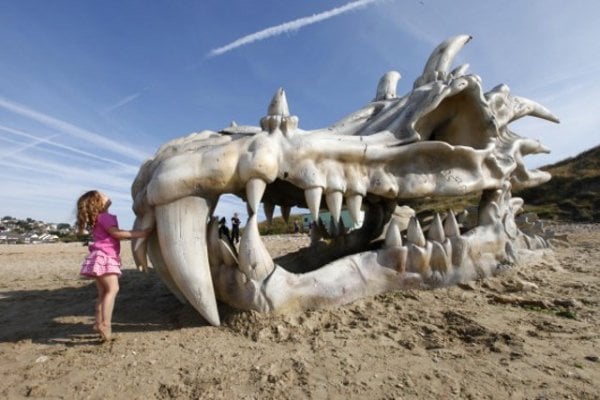 It took a team of three people two months to sculpt this thing. How they got it into place is a mystery. Hopefully they leave it there for brave kids to play with it in perpetuity.