Boy, I haven’t seen a reel-to-reel tape deck in years. After 8-tracks, cassettes, CDs, MiniDiscs and MP3s, we’re at least five generations past the everyday use of these things. And dekstop calculators? I haven’t used one in a very long time either. Between my smartphone and my computer, I’ve had no reason to have one. But that hasn’t stopped somebody from mashing up these two obsolete technologies into one new device. 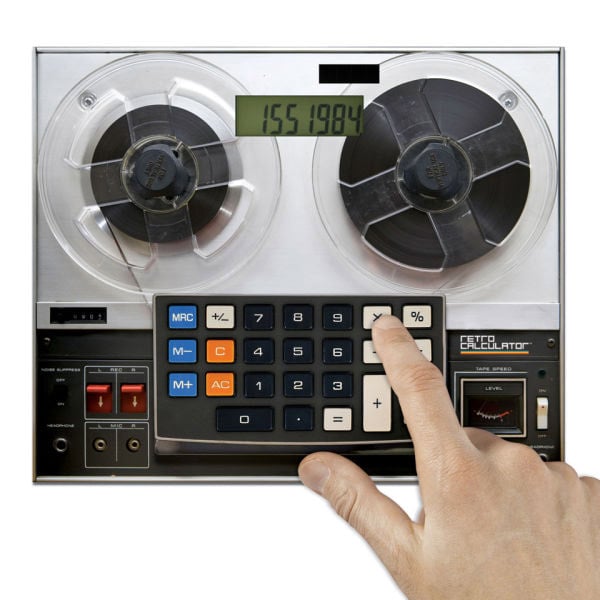 This retro-style LCD calculator combines these old-school gadgets into one – though it only works as a calculator and won’t play your old spools of magnetic tape, no matter how hard you try. On the plus side, you don’t need to worry about getting your tape tangled up.