Every year, hundreds of thousands of kids go missing. Some are eventually found, while others are never seen or heard from again. Missing kids posters and notices on milk cartons help, but there’s another means to get the word out and it’s got a wider reach because it can get the word out to people all over the globe: Missing Kids stamps. 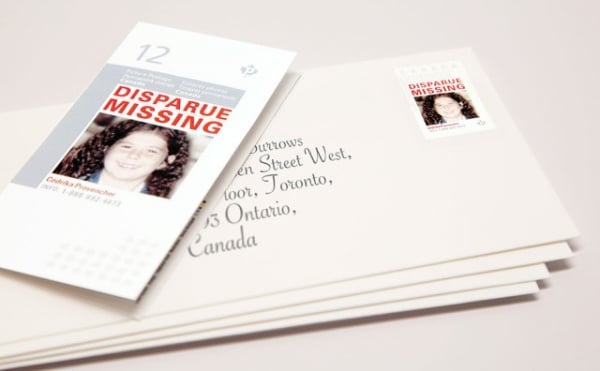 The project was developed by was developed by ad agency Lowe Roche for the Missing Children’s Network. It essentially builds upon the Canada Post’s existing service that allows people to upload their own images to customize their stamps.

Instead of uploading on of their own pictures, Missing Kids Stamps asks people to upload a picture of missing child instead. The site features a series of kids along with how and when they went missing. It’s a heartbreaking gallery to look at. The service is only available in Canada though, so if you live there, then you can really make a difference… starting with your snail mail.