Whenever I go take the dog for a walk on a rainy or snowy day, it’s challenging to carry around an umbrella to keep from getting wet, so I usually just end up soaked by the time I’m done. But if I had a Nubrella, all of my problems would be solved. 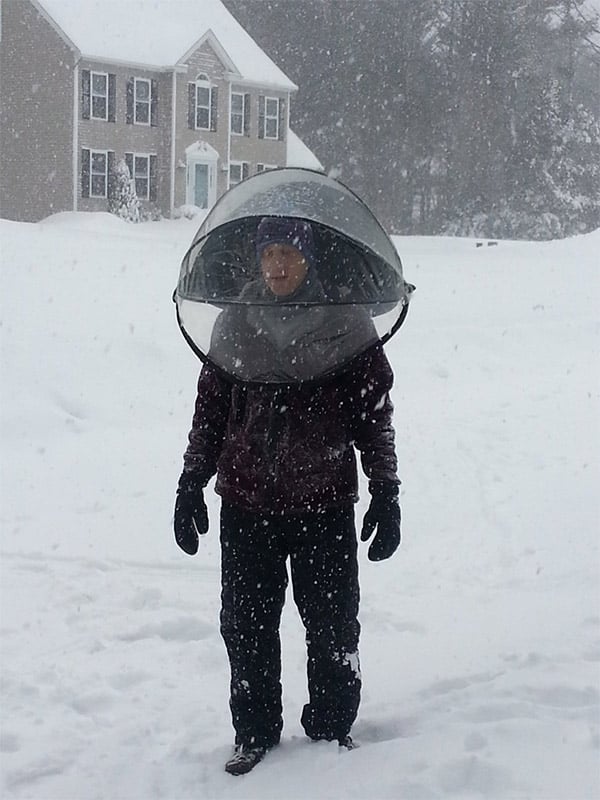 Though I’d create a new issue for myself – embarrassment. I’m just not sure I’d be able to walk down the street wearing one of these silly looking things, even though I like the concept of a truly hands-free umbrella. The Nubrella was originally launched back in 2009, but the original design was too constraining, and bubble like, which made it uncomfortable to wear and use. Its designers are now readying a new version which solves many of the problems of the original. 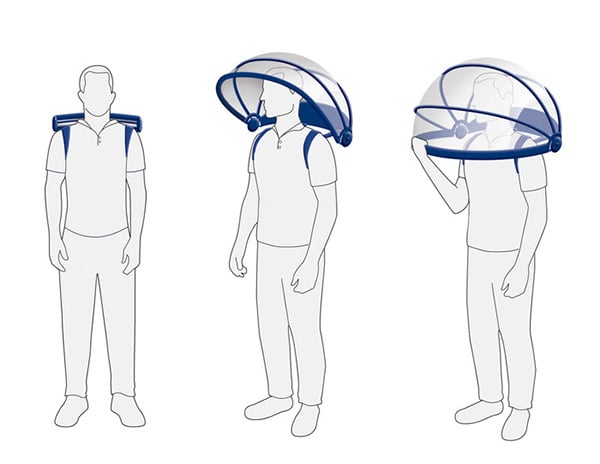 The new Nubrella (say that 10 times fast) is worn like a backpack, but when it’s wet outside, it can be opened up to cover your head and upper body – like a giant hood. It’s got a see-through front and top, which provides greater visibility than with umbrellas too. The updated design also allows for an open front which improves the ability to communicate and see while wearing it.

It’s really a pretty ingenious design, but I still don’t think I can get past the way it looks. Am I just too vain? If you’re not self-conscious, you can get on the list to own a new backpack-style Nubrella over on Kickstarter with prices starting around $50(USD) – about half of the planned retail price.