It seems they have a Mr. Potato Head for everyone now. Many superheroes have one in their likeness and even some of the Star Trek crew, but I never thought I would see a Doctor Who version of the toy. It’s crazy, but awesome. Or is it terrible! I honestly don’t know. 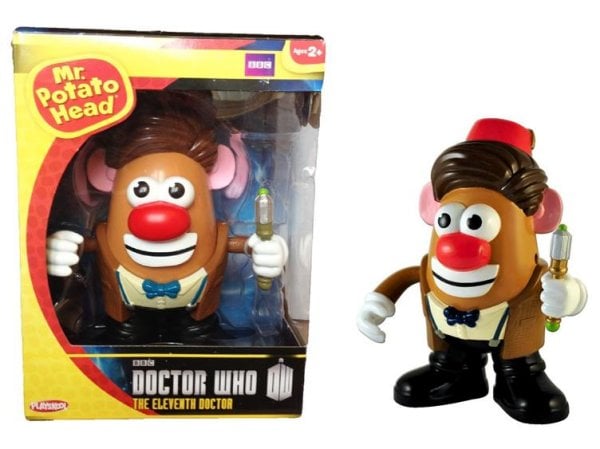 Doctor Spud has eight removable parts, and as you can see he has his fez and sonic screwdriver. He can’t be without those. You can pre-order him now and he ships this August. I suppose it’s just a matter of time before we see the other Doctors in potato form too.