Fans of the LEGO Batman video games will appreciate the amazing amount of detail that went into this cake. I mean, we all know Gotham is a crap-hole of a city – despite the fact that Batman has been fighting crime there for like 100 years. He’s doing a great job, obviously. If he were a politician, he would have been fired ages ago. Except maybe in Chicago. 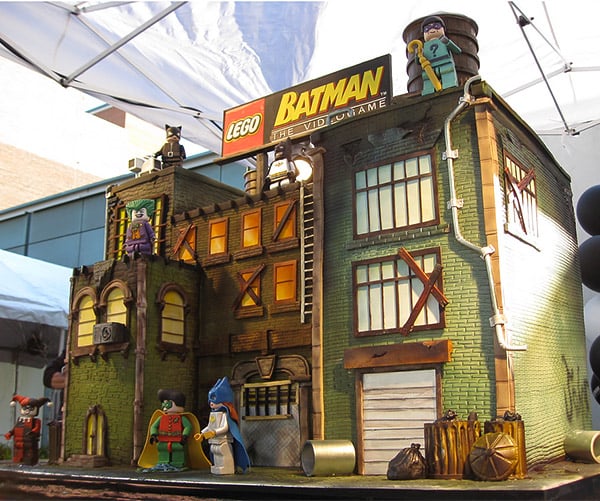 This cake has all of Gotham’s grime. Boards over the windows, trash on the street, grime of course, graffiti and the usual minifigs that you would see in a LEGO Batman game. There’s Catwoman, the Joker, The Riddler, Harley Quinn and of course the dynamic duo.

It was made by cake designer Elisa Strauss of Confetti Cakes for the game’s launch party. Awesome cake, but seriously Batman, Gotham should be crime free by now. You are a billionaire. You have no excuse.