Soul Edge Life-Size Replica Will Consume Your Soul. And Your Shoulders and Your Back.

Artist and cosplayer Casy Kovach chose to go as Nightmare from SoulCalibur 5 for this year’s Dragon Con. Short of hiring Tony Swatton, Kovach went to great lengths to create a Soul Edge replica worthy of its videogame counterpart. 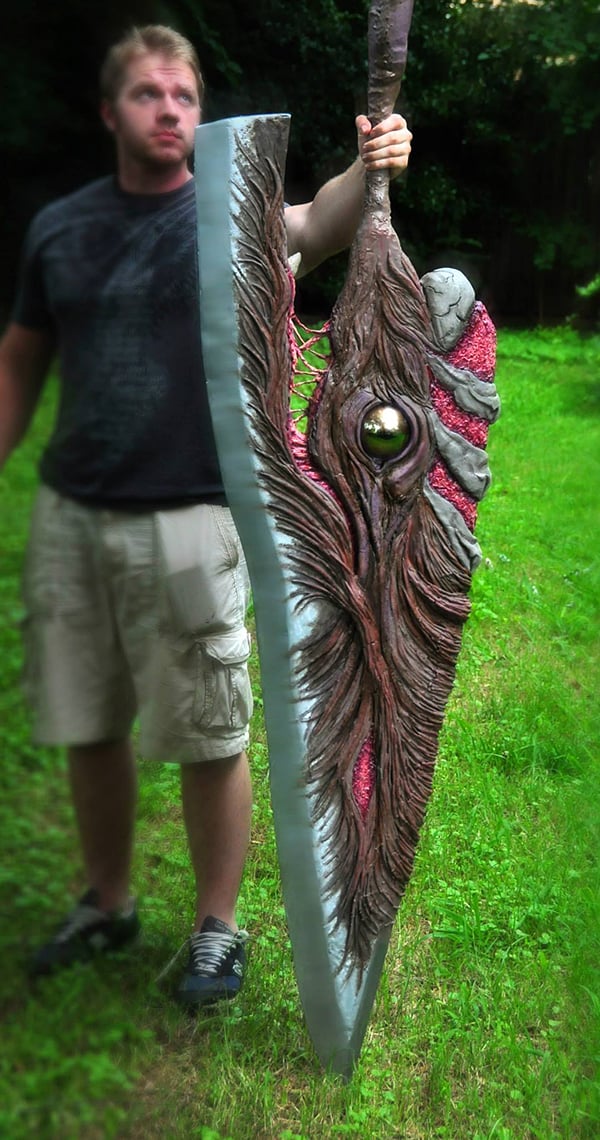 The base of the sword’s blade was carved from a board of insulating foam. Casy carved the board to match the shape of Soul Edge’s blade then added fiberglass to its outer edge. Then he used lots of Model Magic as well as hot glue to replicate the muscles and flesh covering the blade. He used a plastic sphere from a toy for Soul Edge’s eyes. Finally he painstakingly painted and buffed the blade. He worked on it on and off over 7 months, but the result is worth it. 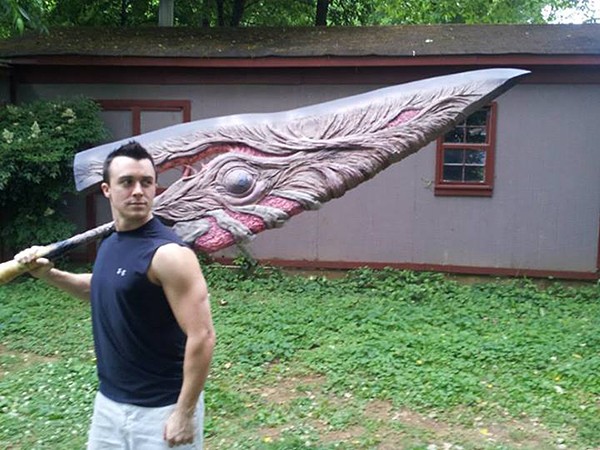 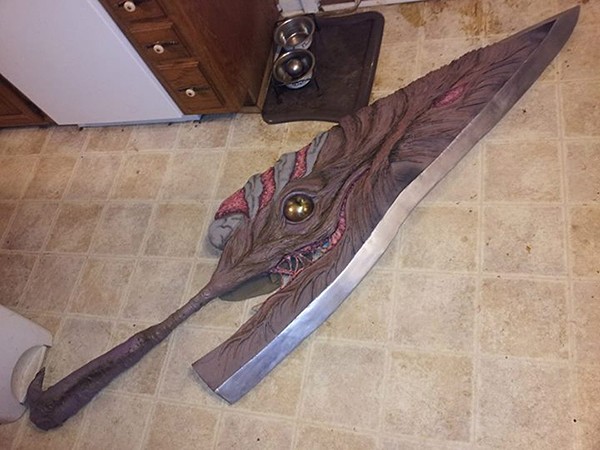 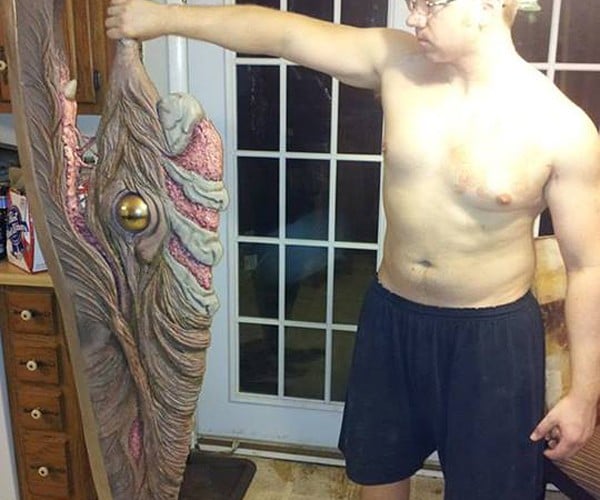 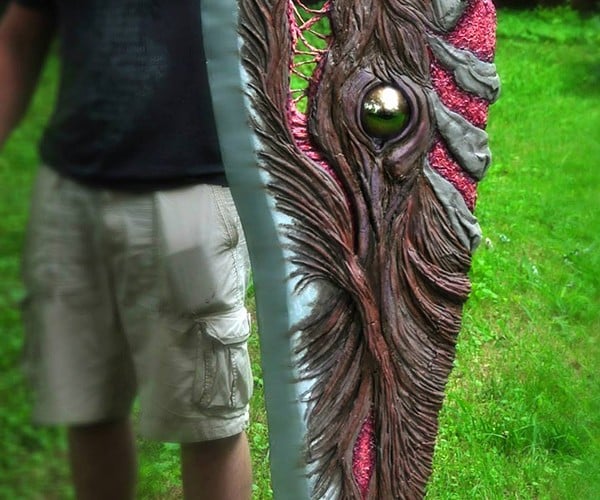 Casy estimates that the blade alone weighs about 15lbs, but it sure looks like it weighs more than that. He used plumbing pipes as the sword’s handle but eventually he had to add a few ankle weights as well to give the sword a more sensible center of gravity. This is just the sword; imagine when he’s wearing Nightmare’s armor. He’s going to be a statue at Dragon Con.

[via For All Intense Porpoises via Obvious Winner]