The Kick Portable Lighting Studio: A Flash of Colors

Last month we featured the iblazr, an external LED flash for mobile devices (it’s on Kickstarter now if you want to get one).  If you have an iPhone 4 or later and you want a more versatile flash, get Rift Labs’ The Kick. Not only does it have more LEDs, it can also display millions of colors, emit animated light effects and copy colors from videos.

The Kick has 40 LEDs. You can adjust their brightness and color temperature from the device itself, but for most of its features you need its companion iPhone app. From there you can change the color of the light that the LEDs emit, pick a lighting effect and – its coolest feature – you can sample a light or a lighting effect from a video. You can choose a video online or one that’s already on your iPhone. This lets you simulate the light from fire, lightning, TVs and more.

The Kick also has a tripod mount and its own battery, which is charged via USB. 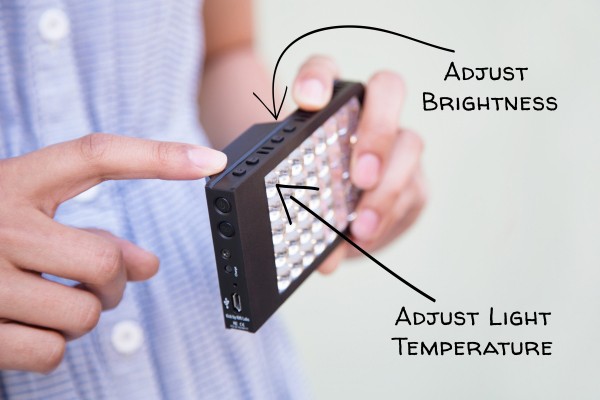 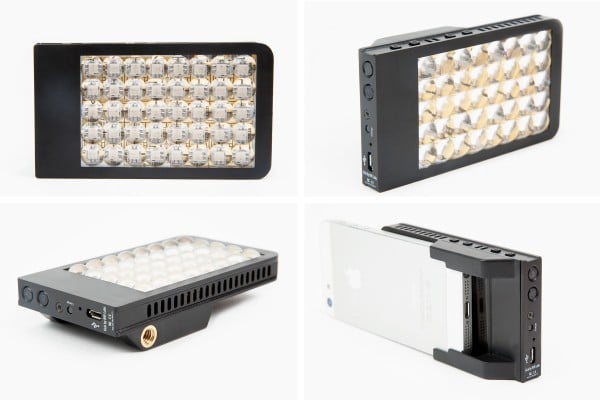 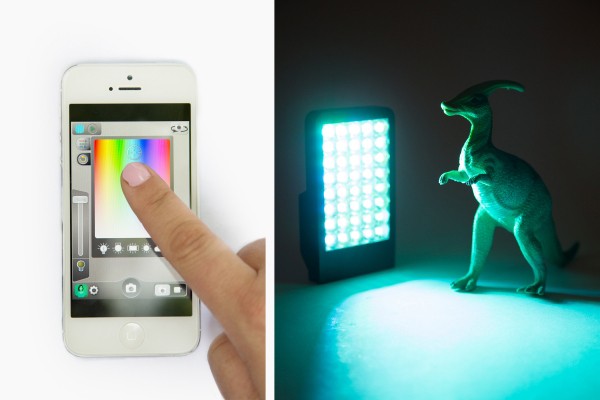 You can order The Kick from Photojojo or directly from Rift Labs for $179 (USD). Again, it only works with the iPhone 4 or later.