No, these screens weren’t accessed via the Konami code. That’s what I thought too when I came across this. Nope. Instead, Redditor Equinn0xX hacked an old Contra cartridge to propose to his girlfriend. He has some mad proposing skills. 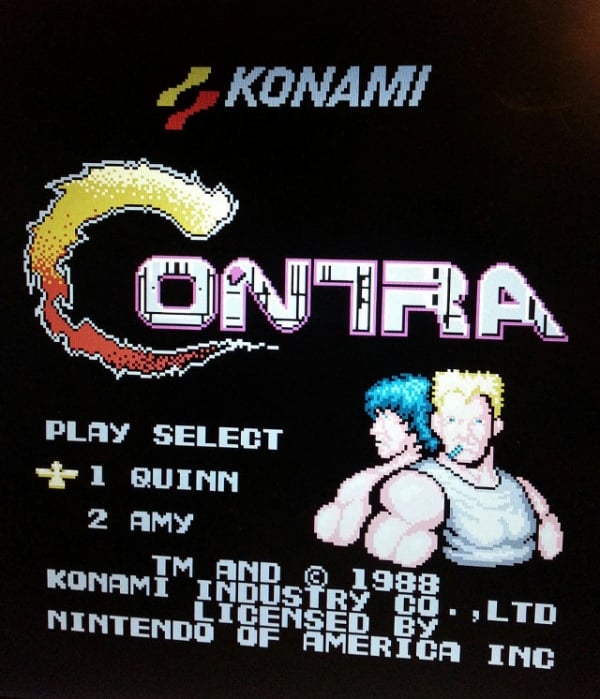 This is how I did it. In short, I bought Contra, dumped the ROM, hex edited the file, flashed it to a new ROM chip and soldered it all back together. Took some work but worth it. I changed player names to ours and also changed the ending text to ask her once she beat the game. She said yes! 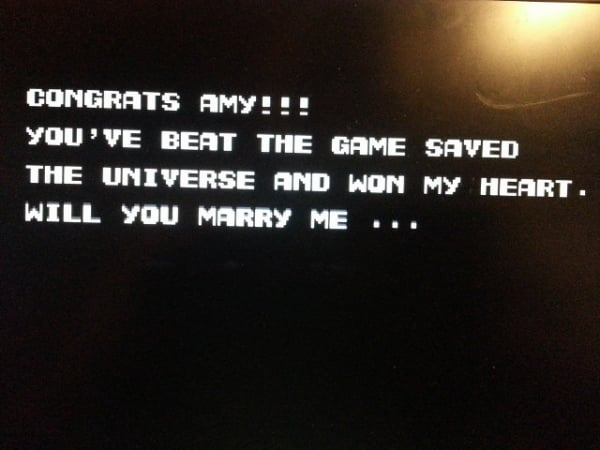 How could a girl say no to that? He let her win and everything. That’s what marriage is all about. Letting her win. 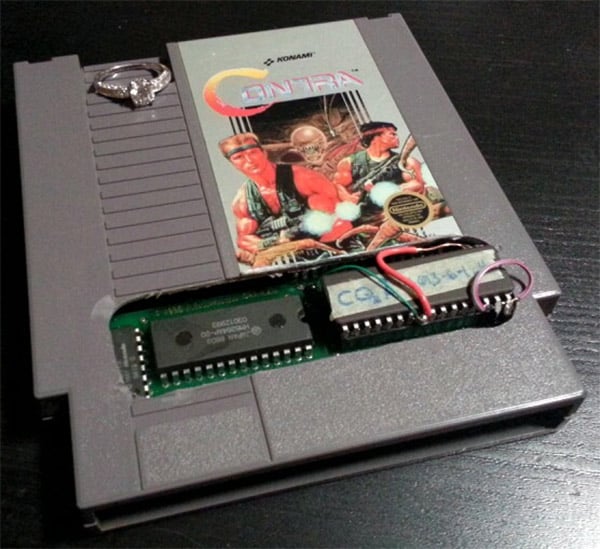 [via New Launches via Geekologie]