Earlier this month we saw a car with a joystick shift lever. It looks cool, but it doesn’t have any additional function. Ford engineer Zachary Nelson made a more high-tech shift lever mod that’s geared towards newbie drivers. It’s a shift knob that vibrates to tell you when to shift gears. 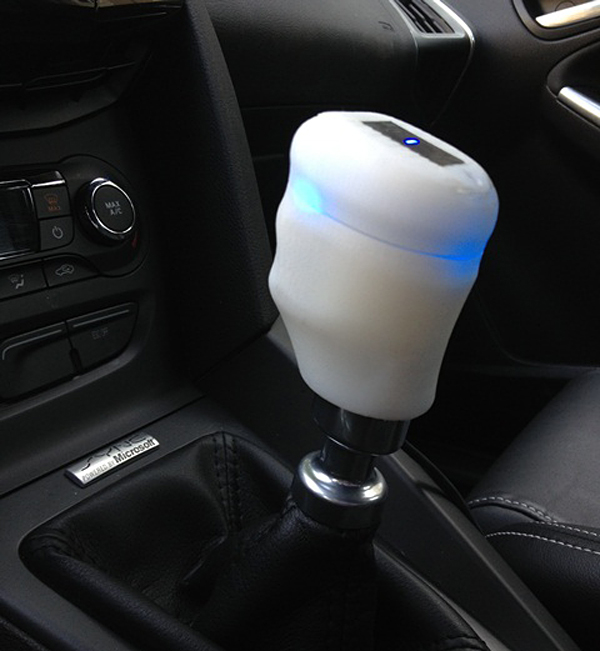 The shift knob is based on the Arduino Pro Mini microcontroller. Using an Android app and the OpenXC Vehicle Interface, the knob “monitors the vehicle’s speed, RPM and accelerator pedal position. Based on this information, the application calculates and then indicates to the driver when he or she should shift by vibrating the shift knob.” Additionally, the knob can be set to prioritize speed or fuel economy. Zach used a motor from an Xbox 360 controller to make the knob vibrate and then designed and 3D printed the knob’s case. It was then installed onto the manual shift lever from a Ford Mustang.

Start your browser’s engine and head to OpenXC to find out how to make a vibrating shift knob. Or not.

[via Wired via Gearfuse]