Would You Let This Robot Draw Your Blood?

Robots are everywhere. From making noodles in the background to serving diners and waiting tables, they’re no strangers to the restaurant scene. And now they might be making their way into hospitals. 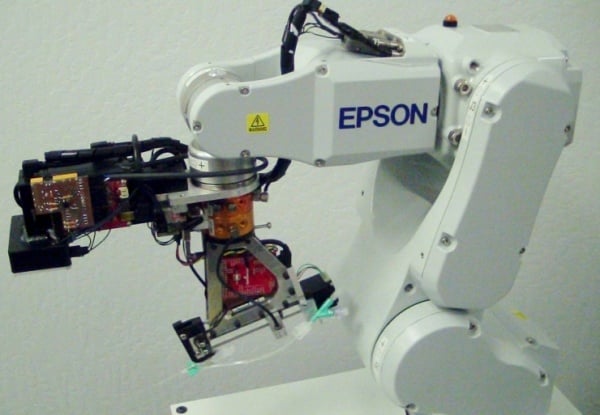 This isn’t the first time a robot was built for the healthcare industry, but Veebot has built one that will draw blood from your arm. They’ve combined robotics with image-analysis software so that nurses and medical technologists can be on call elsewhere.

First of all, the machine inflates the cuff and tightens it around your arm. It shines an infrared on your arm to locate a vein and uses an ultrasound to check if blood’s ripe for the taking.

Before it goes to clinical trials, Veebot wants the robot to be right 90% of the time when it decides to plunge the needle into the vein. As of now, that value is at 83%.

[via iEEE Spectrum via DVice]