Talking toys are nothing new, but most toys simply spout off pre-recorded sound bites. Not Supertoy Teddy. He’s a teddy bear that can actually hold a conversation, i.e. it will listen to what you say and respond accordingly. It’s like Siri, but in a stuffed toy. 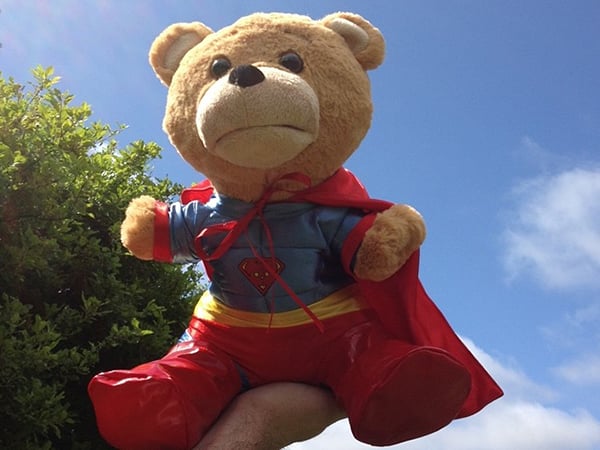 Supertoy Robotics, the company behind Teddy, also made Jeannie, a voice-activated virtual assistant app for Android. In other words, these guys know a thing or two about natural language user interfaces.

I’m not sure if the toy in the video was actually working or if that exchange was staged. What I do know is that the Supertoy Teddy will work like Siri and Jeannie. And it sounds a whole lot like Ted. When you speak to it, it will connect to several servers that will decipher what you said and send back an appropriate reply. It will supposedly understand 30 languages out of the box. How will it do all of that? According to Supertoy Robotics’ response to backers, you’ll need to place a mobile device inside Teddy to make him work. The device will run Teddy’s app and will be the one to connect to the servers.

The video below, which shows Teddy’s innards, should give us a better idea of how the toy will perform in real life:

Hopefully Supertoy Robotics will give a no-frills demo of the final toy to clear up any confusion and show people what it can really do. But if you’re already sold, pledge about $64 (USD) on Kickstarter to get a Supertoy Teddy as a reward. I wonder if Teddy knows the Thunder Buddy Song.