Want to take a virtual field trip? Or find a pizza place nearby? Or break up with someone? Well, there’s an app for that. And I mean, all of that.

The apps for the first two functions have been around for a while now. As for the third function – well, let’s just say the app for that went viral recently. 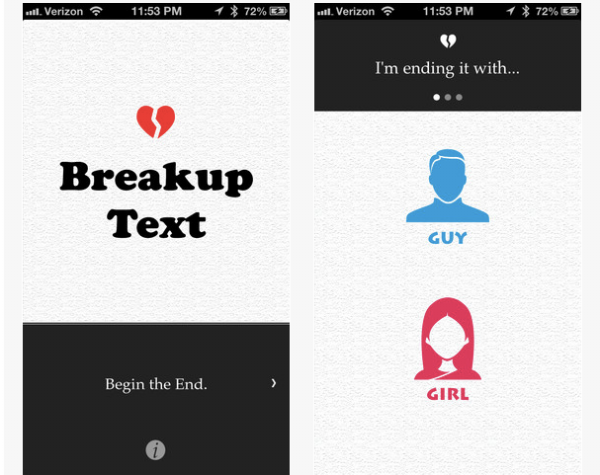 It’s called the BreakUp Text app and it will apparently break up with your not-so-significant-anymore other for you. Via text. Because yeah, some people actually do that and if you don’t have the guts to do it yourself, then you might find some use for this. 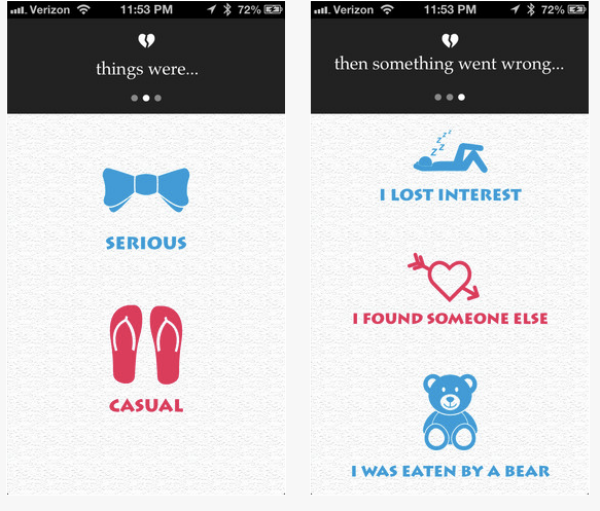 You can choose from serious and casual reasons for the break-up. Aside from that, you can also use the app to pen longer, supposedly heartfelt messages about why you want to end the relationship. Some people might take this as a joke, but don’t be surprised when others take this seriously as well.

One of the app’s creators, Jake Levine, explained: “As much as we did it as a joke, it has sort of captured a moment in time when tech is becoming more pervasive in our lives and relationships.”

Curious? The app can be downloaded from the iTunes app store for $0.99.