Receiving transmission. Here’s our intel: an independent developer called Reactive Studios is working on a top secret game for iOS devices. It’s called Codename Cygnus, an interactive drama where you play a spy. Here’s where it gets interesting: the game plays like old drama radio shows, except you can talk to it. I hope it doesn’t have commercials. 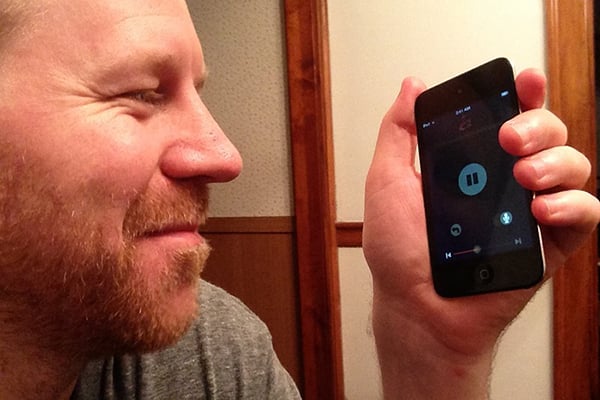 From what I’ve seen, er, heard, it plays out like a cheesy crime drama crossed with a choose-your-own-adventure type of game. Other characters talk to you to relay what’s happening and to give you hints and options. You then select your response by speaking into your iOS device.

You can also respond by tapping an onscreen button, but that’s not too gimmicky is it?

Your mission, should you choose to accept it, is to pledge at least $10 (USD) on Kickstarter to obtain a copy of Codename Cygnus.

Seriously though, if I had to play a game that required me to talk, I’d rather play one that lets me give orders, like a general or a basketball coach. Or maybe a detective or scientist who has to dictate findings to a recorder. Instead of making you feel like a spy, it seems to me like Codename Cygnus could unintentionally turn you to a caveman who only converses in one word grunts: “Hostile!” “Down!” “Me!” “Winner!” Then again, the game’s not finished yet; maybe it’ll end up being way more exciting and varied than I think it is.