Jedi Parkour: The Force is Strong with Their Sneakers

We know from the Star Wars prequels that Jedi Knights actually possess some serious acrobatic skills. But we never saw Qui-Gon Jinn, Obi-Wan or Anakin pull off moves as impressive as the guys featured here. 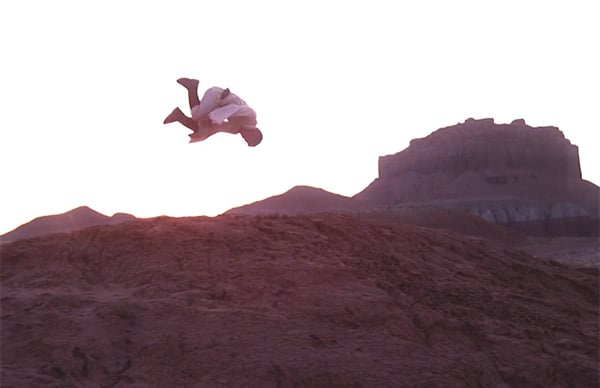 I’m duly impressed by the gymnastic and free-running skills of the Jedi Knights in this clip, created by Ronnie Shalvis of Ronnie Street Stunts, along with Jeremy Carpenter and Sinjin Cooper, whose first name actually sounds like a real Jedi Knight. All he has to do is change his last name to something like “Kann.”

Impressive, no. The only thing missing from that clip is the second sun on Tatooine. And a lightsaber battle. Maybe they’ll make a sequel.

[via Nerd Reactor via Geekologie]