We’ve yet to see how helpful – or harmful – Google Glass can be to people with sight, but you might be surprised to know that it can be used to help blind people too. A two-man company called Dapper Vision is working on OpenGlass, a system of tools and services that can help identify objects as well as provide additional information via Google Glass. 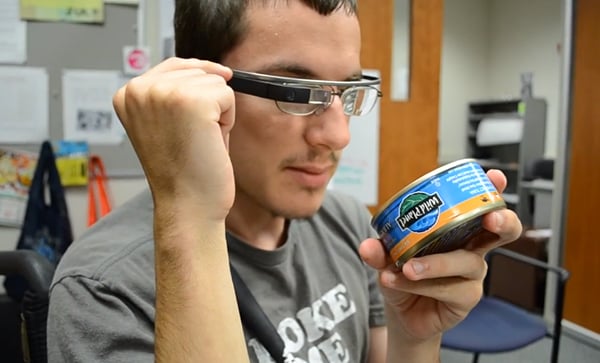 In the video below, you’ll see two of OpenGlass’ services that can help the visually impaired – or anyone for that matter – identify objects. The first is Question-Answer, wherein the Glass user takes a picture of an object and uses voice commands to send the picture to Twitter or Amazon’s Mechanical Turk service to be identified. The Glass user receives the answer via voice as well. The second is Memento, which is like a real-time version of Question-Answer, but it requires someone to build a database of images and annotations for it to draw data upon.

That was awesome, but I hope as wearable technology improves that OpenGlass will be less reliant on online sources of data. Maybe someday Dapper Vision can cram in a visual dictionary of sorts in Glass. As I said, the video only shows a small part of OpenGlass. Head to its official website to see more information and videos.