Last year we heard about Monitor2Go, a portable external monitor. It seems very well made and has lots of convenient features, but it’s also expensive. The Able-HD is on the other end of the spectrum. It’s a portable monitor at nearly a third of the price of Monitor2Go. There’s a reason it’s cheap though. 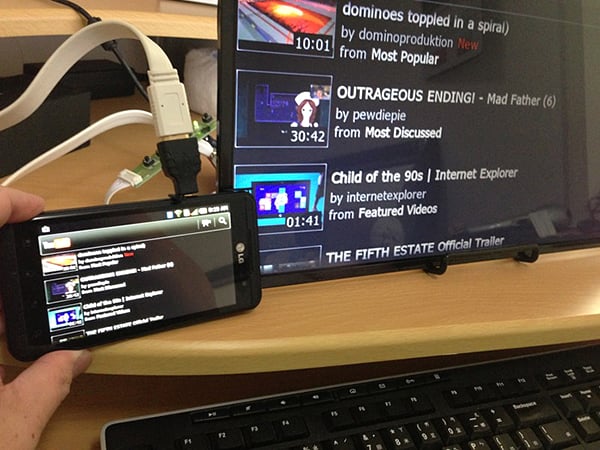 The Able-HD is basically a 17″ or 18″ LED laptop monitor. It just has a custom circuit board that makes it work without the rest of the laptop. Otherwise, it’s a standard LED monitor. It’s a 1080p display, it accepts HDMI, DVI, VGA and audio ports and it has a socket for a charger. With all of the unnecessary parts stripped away, the Able-HD weighs just 570g (approx. 1.26lb). In other words, it’s an 17″ or 18″ 1080p monitor that weighs less than an iPad.

Actually it is missing one necessary part: an external case. Its anonymous inventor said that future versions may have an aluminum case, but the first version of Able-HD – the one he’s offering as a reward on Kickstarter – will look exactly like the one you saw in the video. At least you can get or make a case with the money you save. Pledge at least $110 (USD) on Kickstarter to get an Able-HD as a reward. If you have a spare laptop screen, you can just pledge $35 to get the Able-HD conversion kit.