Technabob contributing author Conner Flynn has a hidden talent – and I’m not talking about walking and chewing gum at the same time. The man knows his way around an Atari 2600 like it’s nobody’s business. Now it’s been a while since he built his epic Atari 2600 guitar, but his latest mod looks like it was worth the wait… I give you Atar-E… 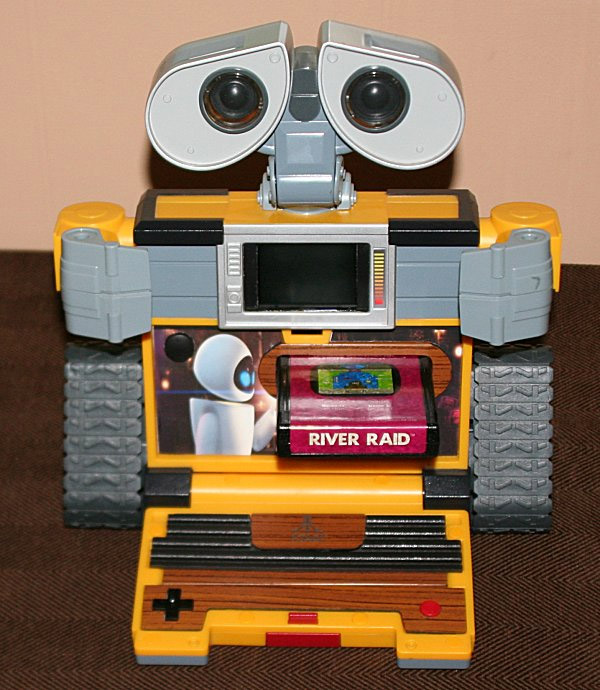 Conner found this Wall-E Learning Laptop at a thrift shop, but he didn’t see a laptop at all (neither do I). Instead, he saw the home for his next portable Atari 2600 mod. Inspired by the modding prowess of Ben Heck and Bacteria, he tore apart the Wall-E toy and gutted it. 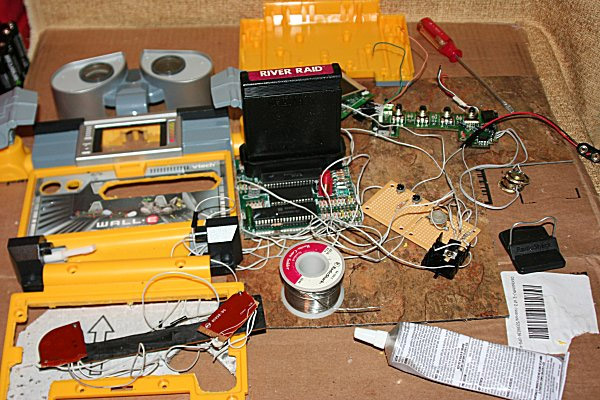 His design incorporates an actual Atari 2600 circuit board, along with authentic Atari woodgrain pieces. He went off the board with the controller and used an NES D-Pad instead of a traditional Atari joystick. Isn’t that sacrilege? Dogs and Cats sleeping together! 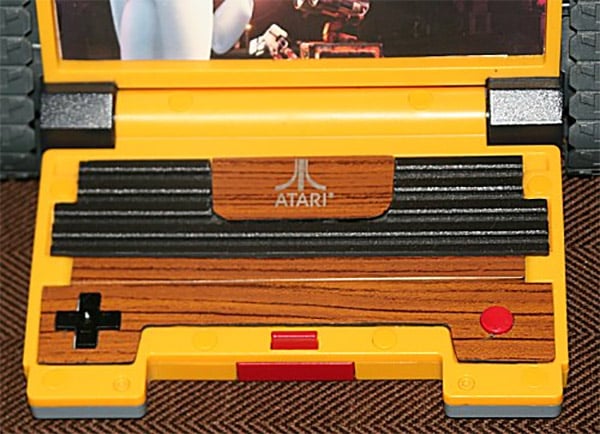 The controller replaced the original keyboard found on the toy, and he even rigged it so the controller section can still fold shut when there’s no cartridge in place. One thing Conner struggled with was where to put a battery pack for the system, so he gave Wall-E a little backpack. Isn’t that cute? 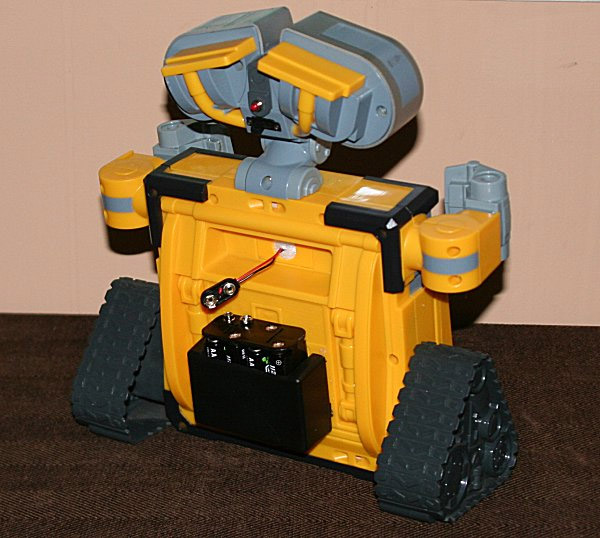 Games are displayed on a tiny color LCD screen, mounted where the monochrome display on the original toy was located. On the one hand, you’ll have to squint a bit to play on this thing, on the other hand, the pixelated 8-bit graphics look so much better when they’re shrunk down like this. 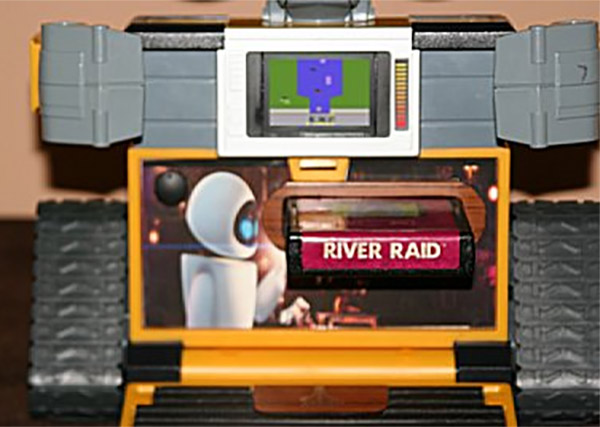 While it would probably take you a ton of work to try and build one of these for yourself, Conner says he may soon list it for sale over on his online toy store over at Botropolis, so keep your eyes peeled. On second thought, peeled eyes sound like a really bad idea.