Kirobo is a 13-inch talking robot that will keep Japanese astronaut Kochi Wakata company on the International Space Station. He is now on his way to the ISS after being launched on an H-2B rocket from Japan. 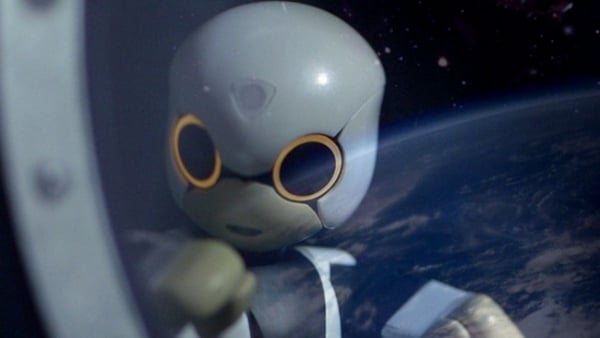 Kirobo is the first talking robot to be sent into space. He’s a pretty adorable robot too. He was launched on board an unmanned spacecraft that’s scheduled to arrive at the ISS on August 9th. Along with the robot, the craft is also carrying drinking water, food, and other supplies.

Wakata will arrive at the ISS in November to take over as Commander. Kirobo will talk to Wakata and even keep a record of their conversations during the mission. Captain Kirk just has a captain’s log. Kirobo is so much neater.

Here’s some footage of the little guy being weighed, packed and shipped like so much space baggage:

If many more robots get into space, we will need to be careful they don’t build a death ray up there and kill us all.