If you follow Reddit with any regularity, you know their mascot is that little alien dude with the antenna sticking out of his head. Inspired by all of the traffic and support that Reddit has driven their way, the guys over at ThisIsWhyImBroke have made a very special life-size version of the mascot. 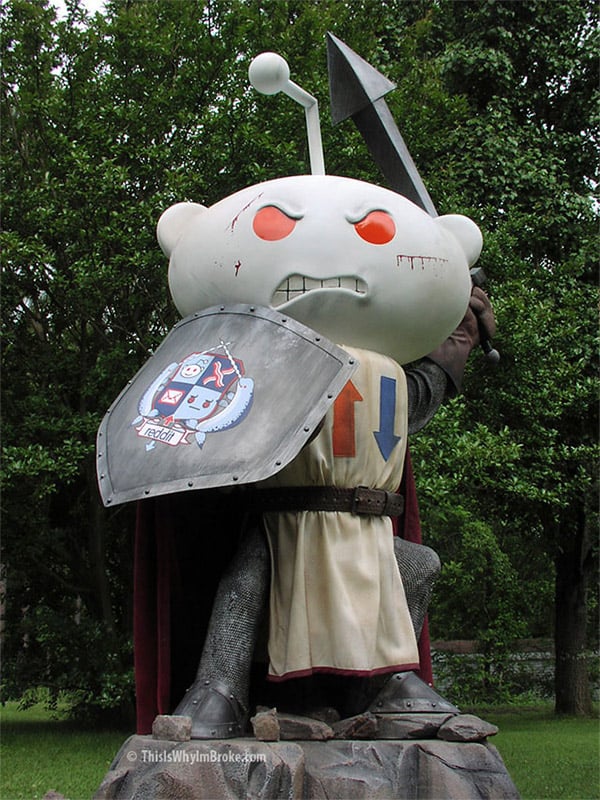 The statue was created by TomSpinaDesigns, and stands over 5-feet-tall. This particular Reddit Alien was modeled after the Knights of the /new, a group of Redditors who help separate the wheat from the chaff over on the popular social bookmarking site. The knight sports a special shield with a Reddit coat of arms, an arrow-shaped downvote sword, and an adjustable antenna. 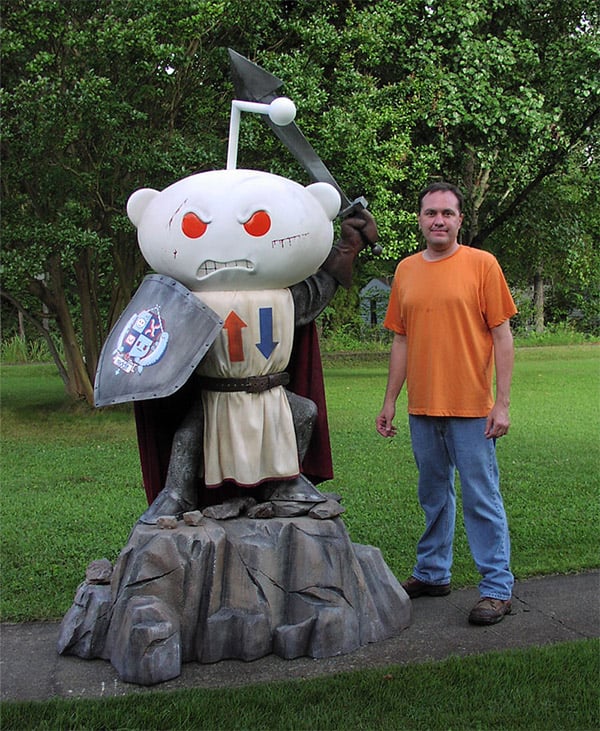 The statue was listed on ThisIsWhyImBroke for $7500(USD), but has since been sent to the Reddit offices as a gift. Wow. Nice present. Why doesn’t anyone ever send me something like this? I guess if I had over 37 billion pageviews last year, I’d have more fans. 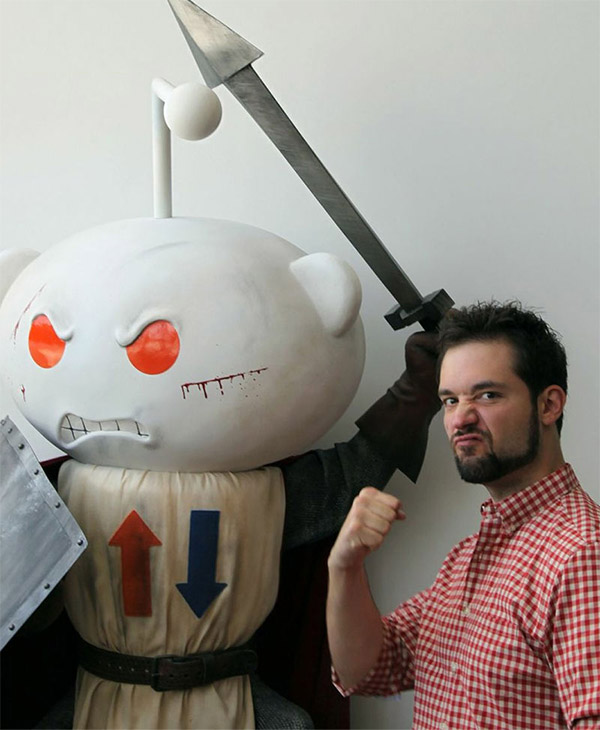 [Thanks for the tip, Adam!]