Jupiter Cake is out of this World

This is the planet Jupiter and it’s also an awesome work of art. It looks like one of those Styrofoam models that kids make for their Science class projects, except it’s loads better. That’s because this Jupiter isn’t made from Styro; it’s actually a cake! 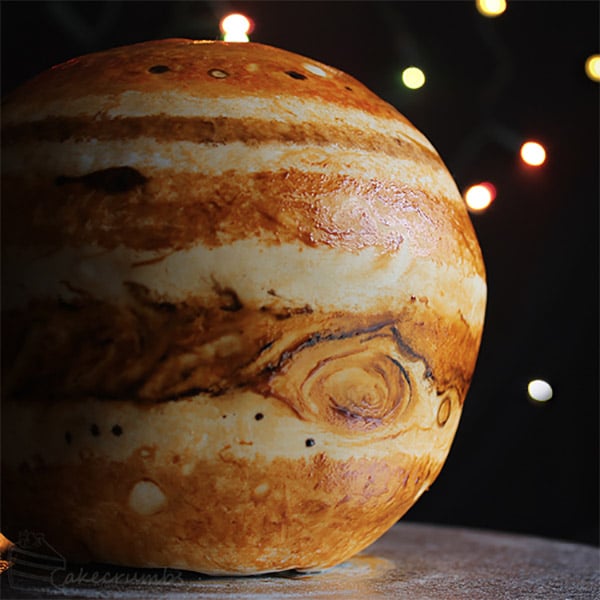 Baked by the talented Rhiannon from Cake Crumbs, the cake for the largest planet in our Solar System took eight hours to complete. Rhiannon painstakingly painted the Great Red Spot and the other finer details found in Jupiter’s atmosphere.

Rhiannon explained her love for Jupiter, which pushed her to bake an amazing layered cake of the planet: “In the end I settled on Jupiter predominantly for one reason: its Great Red Spot. The giant anticyclonic storm has always been one of my favourite things and continues to be a subject of great fascination for me. At thrice the size of the Earth it’s bewildering to comprehend the actual magnitude of it.” 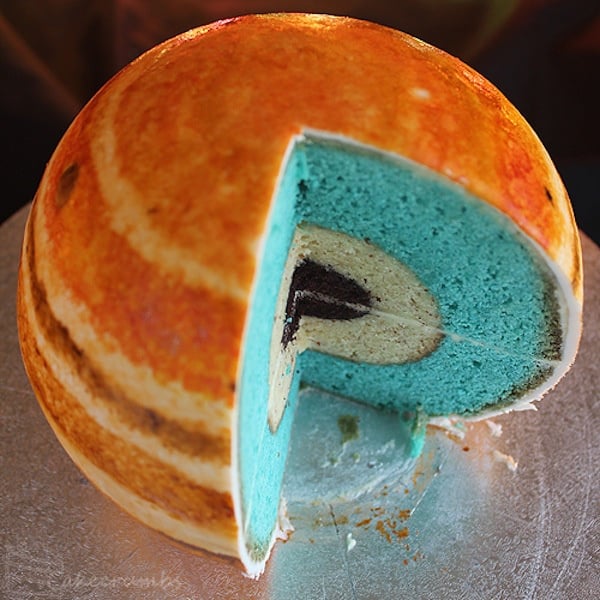 The most awesome part of the cake is its insides. The center core is made up of mud cake. It’s surrounded by a layer of almond butter cake, followed by a layer of tinted vanilla Madeira sponge cake. And just below the fondant, the sphere is covered with a crumb coat of vanilla buttercream. Yum!

If you’d like to try and make your own planetary cake, Rhiannon has posted a tutorial, or you can watch the video here: