Flickr member/playboy/billionaire Jonas aka Legopard made this funny alternate take on Batman and his secret headquarters. As with many LEGO builds, Legopard’s Steampunk Batcave rewards those who give it a closer look. The wooden Tumbler is hilarious. 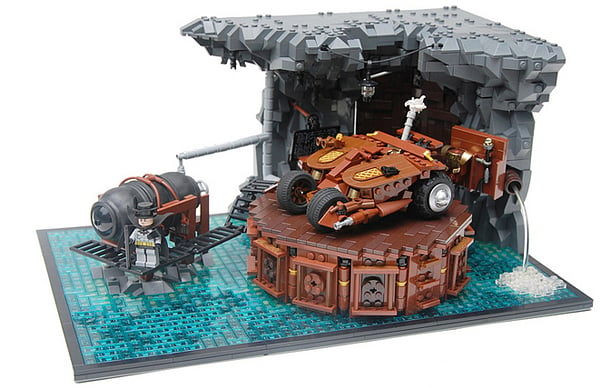 Then there’s sir Bruce Wayne, with his tophat, cane and cape. Like a pimp. 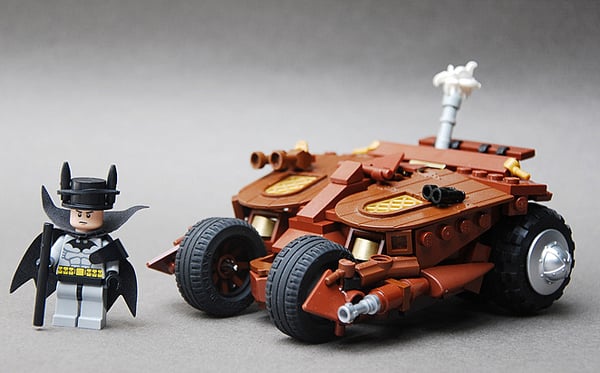 Build a steam-powered computer and head to Legopard’s Flickr to see high-res versions of the images.